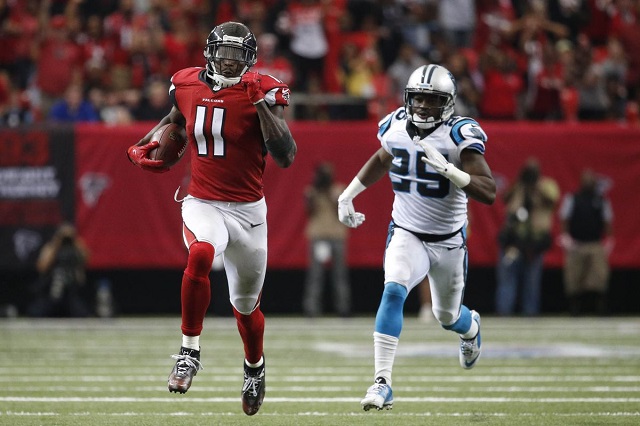 -- I said recently that we need to stop viewing A.J. Green as a safe WR1. I have moved him down a few spots, but with all of the question marks on WRs who are lower than 10th, he's still a back-end WR1 in 12-team formats.

-- Could everything going on with Doug Baldwin, Alshon Jeffery and Josh Gordon end up being nothing more than a great value-buy opportunity for fantasy owners? Sure. But with each player's Week 1 status in some percentage of doubt for now, I have moved them down by five, three and two spots, respectively.

-- I really didn't change my lower half of these ranks. I pushed Dede Westbrook and Marqise Lee up a handful of places because I'd rather own either of them ahead of some of the more lottery-ticket-like WRs. I also got rid of DeVante Parker, whom I have given up on. Other than that, no changes to the bottom 25. Maybe I could move someone up or down a spot, but those look OK to me at this moment (subject to change frequently). I want to see more out of Jordy Nelson -- and really, this Raiders offense in general -- before I have a greater amount of faith in him. I have no idea how the Corey Coleman addition impacts Kelvin Benjamin's stock. Either Marquise Goodwin or Sammy Watkins are probably going to end up much higher than their rank by season's end. But they currently feel like the same player for fantasy purposes. So, everyone stays where they are ... until the next update.