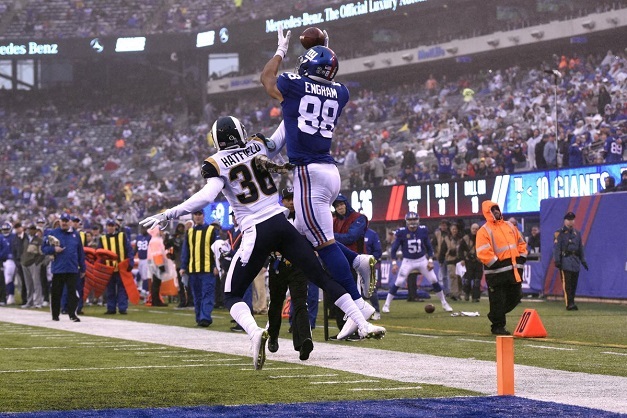 Dynasty leagues are more challenging than normal fantasy leagues or daily fantasy. This is because you can not easily reset the team. A majority of your players remain on your roster from season to season. This makes the startup draft the most critical time of a dynasty league. The players you select will have an impact for years to come. If you choose poorly and many players on your roster underachieve or bust, your team is put at a disadvantage that can be difficult to overcome for several seasons. Growth strategies have plenty to say about who and how you select players during startup drafts. I suggest if you have not read an introduction to growth strategies yet that you do so. You can find the link at the bottom of this article. To quickly sum up growth strategies, you build a roster of growth stocks (or players with growth potential) that will increase in value over time. From these stocks, you will set your lineups, compete for some titles and eventually sell them for a profit. From that profit, you purchase more growth stocks and some studs and the process repeats. Over time you build a roster that is strong and competitive. All of the concepts of a startup draft were too numerous to place in one readily accessible article. This week, we will cover all the different factors to look for in a startup league that will maximize growth strategies potential during your startup draft and next time we will look at the specific strategies to employ during a startup draft.

Finding a dynasty league that is right for you if a very critical part of being successful. What league you select will have a big impact on how you build your roster. The most important part is knowing your league settings especially the scoring settings and starter requirements. Is the league standard yardage scoring or is it point per reception? Is there a scoring premium to the tight end or do running backs get a bonus point per carry? Does the league require you to start two tight ends or is it superflex where you can start two quarterbacks? None of these setting exclude you from choosing that particular startup league but knowing these rules immediately allows you to place the proper value on each position and if there is a type of player you should be targeting. When reviewing a startup league make sure you figure out the number of starters for each position in the whole league and subtract that number from the number of starters in the NFL. (for flex positions assume half of the flex spots will be filled by each position unless there is a scoring advantage to start a specific position like quarterbacks often are in superflex). The lower this number, the higher premium there is on the position. If you have difficulty figuring out how the scoring settings impact your league, when the stat service is first set up before the draft, take a look at the free agent lists or player scoring from last year. Make sure they are sorted by total points. This will give you a clue to what position has a scoring premium and if you should chase the position. Is the league IDP? Team defense leagues are easier to manage starters but IDP deepens the draft pool. Either can be preferable, just know what you are getting into.

When is the league drafting? Does it include rookies or rookie picks? If your startup draft is early in the year before the combine or shortly after it and the draft contains actual rookies you will have to be very knowledgeable about the rookie prospects or you are at a disadvantage. If you do not have the time to properly research the rookies, then you should find another league. Ideally, you want to look for leagues where rookie draft picks are included and not the players. This type of league will have a rookie draft later in the process. These leagues are great because rookies can go down in value depending on how they test out at the combine or where they are drafted or even due to injury. A rookie pick will never go down in value for these reasons. For example, if Saquon Barkley blows out a knee at the combine, his value drops, but then a Derrius Guice or a Nick Chubb will move up the draft board to take the No. 1 overall rookie slot and gain in value. If you own the 1.1 rookie pick, then your team is not locked into selecting Barkley at that spot. Also how deep are the rosters? Small roster size leagues put a growth strategy owner at a disadvantage so look for deeper rosters. Look for rosters that have at least double the size of number of starters. Also as important is how many rounds the draft is versus the number of roster spots in the league. Growth strategies look to pick up extra assets. If a roster is the same number of spots as rounds in the draft you will either be forced to forfeit late startup picks or trade them away. Those leagues limit the flexibility of growth strategies. This format also hinders people trading future rookie picks for players now. You want to try and acquire future rookie picks in growth strategies and this will hinder you from doing so. For these reasons find a draft that is several rounds less than the number of roster spots on your team. How long is the clock for the draft and do you have some time to trade picks before the draft starts? These factors can be critical because you want to trade draft picks and you will need time to do it. Sometimes you will have to negotiate when you are on the clock.There should be at least two or three days predraft to trade and a minimum of twelve-hour clocks so that you can get trade offers out to owners. If you have a local league where everyone can get together negotiating can happen on the spot and you will be looking for a five-minute clock to hammer out a trade. Since drafts can get lengthy using these settings unless it is a local league, you will want to look for drafts that happen in early July at the latest to make sure the draft gets done in time.

Two other things to look for in dynasty leagues is the Kentucky Derby style of startup drafts and how a league handles trades. The Kentucky Derby style of drafting is where a league randomly generates a draft order and from that draft order owners take turns selecting what spot they want to draft from. This form of draft selection adds another layer of strategy and can help owners by putting them in a position to draft where they are most comfortable. Growth strategies often just want to take the highest draft position because before a selection is ever made that pick has the most value to leverage if they want to trade. Not every owner takes the highest draft position. If this happens it benefits you and what you want to do in the draft. If you can’t get high in the draft look to draft in the middle if at all possible this way there will be fewer selections between picks that way you are never too far away from a draft selection. How a league handles trades is an important part of a league. Look for leagues that have late trade deadlines or no deadlines at all. Growth strategies often involve trading and the more time you can trade the better it is for you to grow your roster. Also, what rules are in place for trade vetoes? Dynasty is an unusual beast due to differing trade values based on whether teams are contending or rebuilding their rosters. People can value things differently and a lot of different trades can happen. Ideally, you want a league where a trade cannot be vetoed or one where the commissioner is slow to veto trades. Because draft values can be so divergent you want to capitalize on getting as much value for a player when you sell them. You also want to trade often. A league a commissioner who is quick to veto trades hurts not only the value you get for a player but discourages owners from trading. These side effects hinder growth strategies. It is OK before joining a league where you do not know the other owners to explain to the commissioner that you like to trade and ask him to provide an example of what he considers a trade he would like to veto. Absolutely beware of leagues where trades are up to league approval. Most owners can be reasonable but if you make a strong trade and you are a strong team already you do not want owners to vote no against you just because they feel they can not compete. Most leagues are not like this, however, there are dynasty horror stories out there about this sort of league and you do not want to be one of them.

These are some of the things to look for when you choose a dynasty league. As an owner, you do not have to accept the first offer or every offer to join a league. Look for qualities of a league that will optimize your strategy to build and maintain a roster. There is nothing wrong with putting yourself in the best position to win multiple titles. While it may seem insignificant, what dynasty league you select can have an important impact on future success. So make sure you read the rules and make sure it is the right one for you.