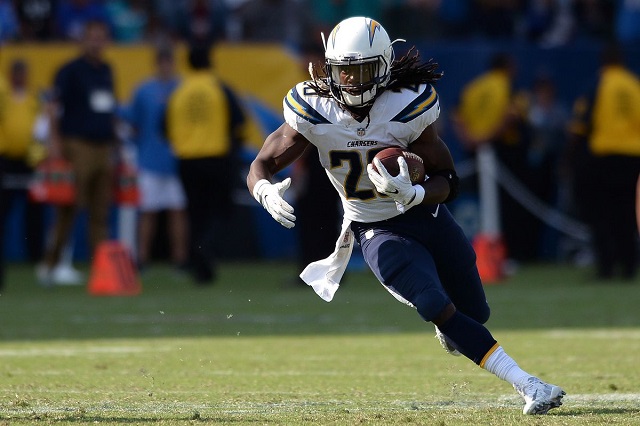 -- LeSean McCoy has to fall down this list given the tenuous state of his NFL future. He's now in my low-end RB2 range until we know/hear more.

-- Yes, I still like Lamar Miller more than most. He was actually quite productive last season with Deshaun Watson, and I still don't see a better option on Houston's roster for as long as D'Onta Foreman is on the mend.

-- Sony Michel's knee ailment does scare me. I've demoted him six spots to No. 32.

-- The more I read, the more I don't want anything to do with the Colts' backfield this season. That's probably going to be a headache-inducing situation. I've dropped Marlon Mack seven spots and have included rookie Jordan Wilkins.

-- I've moved Dion Lewis up 14 spots because it sounds like he is going to have a bigger role than I initially imagined.

-- Other players moved down slightly:

-- Other players moved up slightly: