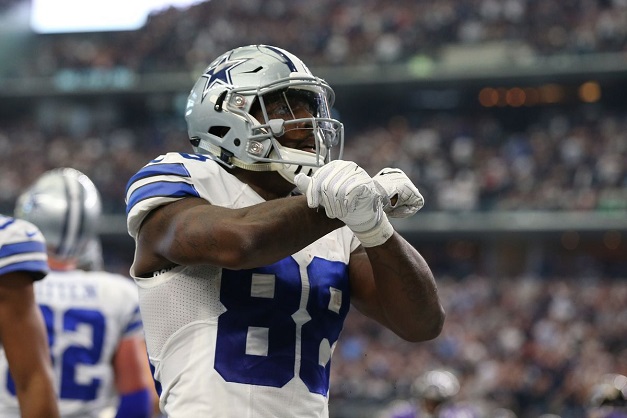 This isn't exactly a short "Do not draft" list. I'm just pointing out a few players whose ADPs this summer will probably be too rich for my blood. Of course, situations can -- and will -- change. A lot of this is based on assumptions of where players will be drafted in fantasy leagues next season. However, with the 2017-18 season not even finished yet, assumptions about next season are about all we have to go on. I'll publish more lists like this one throughout the offseason. These three players are not listed in any particular order.

It's too bad that Ingram didn't make the All-Pro team this year, which would have made him a free agent in March, because getting out of New Orleans might actually help his fantasy value. Now, while you scoff at that statement, consider this: Alvin Kamara is better than Mark Ingram. It was Ingram who led the duo in touches in 2017, but that could turn around in a hurry in 2018 as the Saints find more ways to get Kamara involved, likely at the expense of Ingram. Remember that the rookie wasn't even a consistent part of the Saints' offense until Week 4 yet finished with more yards and touchdowns than Ingram on 87 fewer touches. Yet, because of how well Ingram performed this past fall, he is going to be an early-round selection in most drafts. I just fear he'll take more of a backseat in 2018 since Kamara is the more dynamic and versatile player. And don't even get me started on what happens to his value if Drew Brees leaves the Big Easy. But we'll cross that bridge if we come to it.

Where are the best places to gamble online? Find out right now with All Bets!

My 2017 Least Valuable Player at wide receiver, Bryant has caught 119 passes has caught over his last 29 games (4.1 per game). His yards-per-reception average dropped to a career-low 12.1 this year. Yes, you can talk about how the Cowboys' offense wasn't right without Ezekiel Elliott, but with him, Bryant became a sidekick instead of the focal point in Dallas. Without Elliott, Dak Prescott showed that he still has ways to go to be a consistently good passer. I'll revisit Bryant's case if the Cowboys move on from him -- something I think they don't truly want to do -- but Bryant simply hasn't created any fantasy profit since 2014. Yet, his name value and track record from 2012-14 cause him to be placed in or around WR1 territory for next season in many early rankings sets. I'm not buying it. In fact, I already regret listing Bryant as an honorable mention of sorts in my early top 10 WRs for 2018. He really should be closer to 20. His touchdown prowess remains special, but when his body isn't letting him down, the Cowboys' more-conservative offense usually has been.

I quickly mentioned my aversion to Engram a couple of weeks ago in my early 2018 TE rankings article, so check that blurb out and then come back here. Besides dealing with fewer targets and probably more defensive attention than what he garnered for most of 2017, Engram is still not a complete product as a receiver. He ranked 33rd among tight ends in DYAR, according to Football Outsiders, which basically assesses a player's overall value. He did finish as fantasy's No. 5 tight end as a rookie and while we always look for those first-year players to make a leap in their sophomore campaigns, Engram might have spoiled us with what he accomplished right away. After putting together a 64-722-6 line this past season, it absolutely would not shock me if his numbers drooped across the board, especially if the Giants' wideout corps receives some better injury luck next season.

Sponsored by All Bets