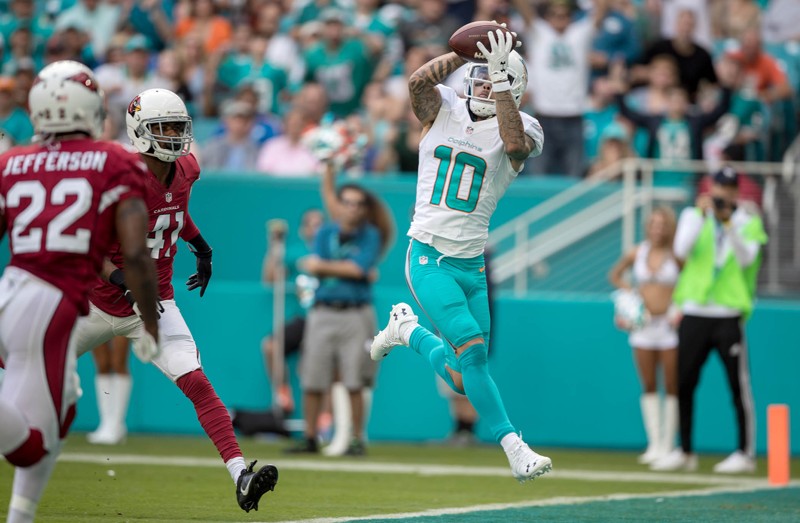 You want to talk about a quarterback who must be holding in a lot of anger right now? I would love to know what Taylor was thinking while Nathan Peterman was doing his best last week to destroy what Taylor had helped build. I think Taylor will come out Sunday in Kansas City with a huge chip on his shoulder and he should be able to put up some good stats against one of the league's 10 most-friendly pass defenses. The artist formerly known as TyGod routinely has a safe floor because he is going to give you at least 30 rushing yards. But I expect him to make a statement this week, one that says the Bills were idiots to bench him. And don't worry about the absence of Kelvin Benjamin; Taylor, who has accrued at least 16 fantasy points in three of his last four games, barely played with the former Panther prior to his Week 11 knee injury. It may not be pretty, but by the close of business, Taylor will have produced a stellar fantasy output.

I thought about listing Seattle's J.D. McKissic here as he has the same price and the Seahawks' RB corps has continued to dissolve due to injuries. Although I am intrigued by him, don't think Pete Carroll and Co. view McKissic as much more than a pass-catching back. The Broncos, on the other hand, seem to be gaining confidence in Booker as a two-way weapon. As our John Adams pointed out this week, Booker out-snaped and out-touched and outgained C.J. Anderson last week against the Bengals. Specifically, Booker gained 98 total yards on 19 touches (14 carries, five receptions). He was helped out by game flow as the Broncos never led after halftime, but you have to imagine Denver will be playing catch-up again this weekend versus the Raiders. I mean, what evidence is there to think that Paxton Lynch can move this offense better than Brock Osweiler? As a result, anticipate seeing a lot more of Booker, who should be on the other end of numerous short passes from Lynch. The Raiders have permitted the third-most receptions, the sixth-most receiving yards and the second-most receiving touchdowns to running backs. Booker is a relatively safe gamble because of DraftKings' PPR scoring.

I'm going to follow the lead of our A.J. Schreiver and promote Stills, who is not exactly a PPR stalwart. Yet, you can't deny what he has accomplished while Matt Moore has been under center for the Dolphins this season. Read A.J.'s Sleepers column to see exactly what I mean. Moore is expected to get the start Sunday versus the Patriots as Jay Cutler is still in the league's concussion protocol. New England's pass defense has been much improved since the season's first month, but that doesn't mean Stills won't have his chances to grab a few deep shots in this game. Moore will probably be chucking the ball often in the second half and that's good news for Stills since he seems to have the best rapport of any Dolphins wideout with Moore.

New week, same strategy. Hey, it worked last week when I told you to roster Marcedes Lewis, who finished with 10.6 DraftKings points at just $2,700. This week, Kroft is the lucky tight end who gets to face the Browns. Granted, his price is relatively high and he is dealing with a wrist ailment that is impacting his receiving ability. Still, I remain undeterred in my belief that Cleveland's tight end "defense" will come through for us once again. Kroft posted a 6-68-2 line against the Browns in Week 4. I wouldn't be so bold as to call for a repeat, but I am confident that he will find his way back into the end zone. If you are scared off by Kroft's injury concerns, I would suggest the Falcons' Austin Hooper ($3,700) or, for a little more money, the Colts' Jack Doyle ($4,500). The Panthers' Greg Olsen looks tempting at just $4,800, but I will probably fade him simply because I'm not sure if he will play a full complement of snaps in his first game following a two-month layoff.