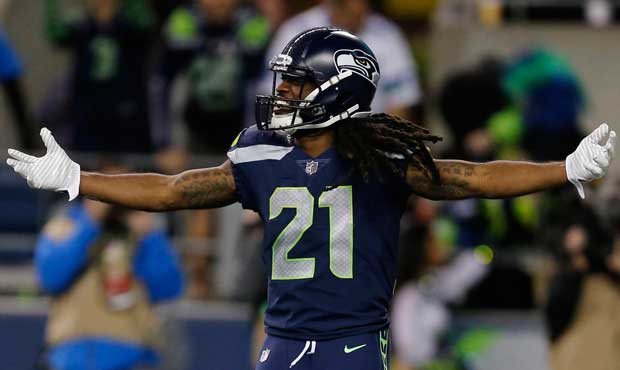 Want to stream at QB this week? Look no further than Dalton, who has thrown five touchdowns in his last two games. On top of that, look who's coming to town. No, not Santa Claus, but it might as well be as the Browns will make their way down to the southern border of Ohio. Dalton had his best game of the season at Cleveland in Week 4, throwing for four scores and 286 yards, both season highs. The weather should be clear and cool in Cincinnati, allowing Dalton to find his playmakers early and often in this one.

Owned in only 20 percent of Yahoo leagues, McKissic played 50 of 74 snaps during Monday's loss to Atlanta. Thomas Rawls was a healthy scratch for that game. Eddie Lacy was active, but he hasn't been effective at all this year, and new starter Mike Davis lasted barely a half before injuring his groin. Thus, McKissic may be an every-down back for the Seahawks, whose offensive line has struggled to protect Russell Wilson all season. The 49ers have given up the most fantasy points to running backs this season, so I expect McKissic, who has been the best/most consistent running back for the Seahawks this season, to have a very solid game in San Francisco as the Hawks look to establish more of a ground attack.

Miami head coach Adam Gase refuses to give up on QB Jay Cutler, who managed to throw three picks in a half before leaving last week's game with a concussion. Matt Moore took over and put forth his best comeback effort with 282 yards and a TD. Stills was on the receiving end for much of those stats as he finished Week 11 with a 7-180-1 line. In nearly two full games with Moore this season, Stills has caught 15 of 22 targets for 261 yards and three touchdowns. Moore seems to have confidence in the man who had his back before the season started, and if Cutler fails to clear the league's concussion protocol, that clears the way for Stills to have another big day for the Dolphins.

Since their Week 8 bye, the Titans have had a tough three-game stretch against good AFC North defenses but managed to go 2-1. Mentioned in last week's Sleepers column, Davis has seen 22 targets since that bye but has produced only 103 total yards. However, he will face an Indianapolis defense in Week 12 that has allowed the third-most fantasy points to wide receivers this year. Matchups against Houston and Arizona will follow and neither of those looks too daunting. I expect the Titans' offense to get right in these next few games as it pushes toward the playoffs, and Davis can be a key factor down the stretch.

The Chargers find themselves right in the thick of things. After an 0-4 start, they have won four of six and have a favorable remaining schedule. Williams, the seventh overall pick in this year's draft, is finally getting healthy and working his way into the offense. He hauled in five of eight targets during last week's blowout win over Buffalo. If the Chargers are going to make another one of their patented late playoff pushes, they will need their talented young receiver to step up alongside Keenan Allen and become a legitimate threat for Philip Rivers. With the Cowboys' below-average secondary next up followed by a meeting with the winless Browns, could we see Williams finally break out over the next couple of weeks?

This little-known rookie tight end out of Ashland University was highly sought after by the Bears in the second round of this year's draft. After spending the first half of the season taking practice reps with fellow rookie Mitchell Trubisky, the tandem have finally been able to work together in game action over the past two weeks while tight ends Zach Miller and Dion Sims have been sidelined. Shaheen stepped in nicely with six catches for 80 yards and a TD through those two games. Shaheen has already shown that he can be a safety valve for Trubisky, and his Gronk-like build and friendly upcoming schedule could make him a nice streaming option.