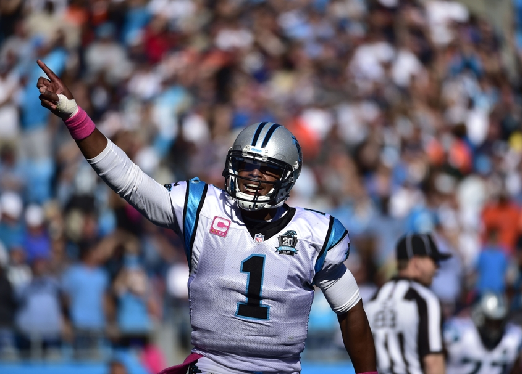 The Colts held off a fourth-quarter comeback from the 49ers to win in OT. Jacoby Brissett finished with 17 fantasy points as he totaled 314 yards and one interception through the air while running for 14 yards and a score. Out of those 314 passing yards, 177 went to T.Y. Hilton, who could have had an even bigger day if he hadn't dropped two passes. One of the drops washed away what would have resulted in a touchdown. Running back Marlon Mack had a good day coming back from injury, breaking off nine rushes for 91 yards and a TD. Head Coach Chuck Pagano said Monday that Mack deserves more touches going forward. Frank Gore will still be the lead back but could see less work.

If you started Carlos Hyde on Sunday, like I did, well, I don’t know what to say other than, "Shucks." Head coach Kyle Shanahan said after the game they were trying to go with the hot hand and that Hyde wasn’t injured. I believe his hip issue may have been bothering him. That being said, Matt Breida needs to be owned in every league and is a must-own if you are a Hyde owner. Pierre Garcon once again looked like a fantasy draft bargain, finishing with eight receptions for 94 yards.

Takeaways: Brissett is great for two-QB leagues or as a bye-week fill-in. In Week 6, he has the Tennessee Titans on the schedule. After watching the Titans' defense in Week 5, Brissett should have a good game. The Colts also have stated Andrew Luck won’t play in Week 6, so nothing to worry about there. Mack is a must-add. He could sit on your bench until Gore gets hurt or he could be a great flex option going forward. Hilton is back to being a must-start, even without Luck.

I don’t think you can trust Hyde going forward. Shanahan said they will continue to ride the hot hand at RB. I do believe you should trust Garcon as a low-end WR2 or a high-end WR3.

The Eagles came out strong and never let up. Carson Wentz had a huge day, throwing for 304 yards, four touchdowns and one interception. Wideout Nelson Agholor was the biggest beneficiary of Wentz’s performance, catching four balls for 93 yards and a TD. Tight end Zach Ertz caught half of his team-high 12 targets, leading to 61 yards and a score. Running back LeGarrette Blount kept rolling, rushing 14 times for 74 yards. The Eagles also tried to feed Corey Clement the rock but he just could not get going, rushing seven times for 17 yards. Alshon Jeffery’s day was spoiled by Cardinals cornerback Patrick Peterson. Let’s hope Week 6 against the Carolina Panthers proves to be a better day for Jeffery.

Arizona's offense has been in bad shape since the loss of David Johnson. Carson Palmer is on pace to throw more than 700 times and the Cardinals have no running game to help take the pressure off of him.

Takeaways: The only player on the Cardinals outside of Larry Fitzgerald I’m even considering as a starter is running back Andre Ellington. For the second straight week, he has been heavily involved in the pass game, catching nine of 10 targets for 65 yards.

The Eagles have a plethora of fantasy assets. I personally picked up Wentz to fill in for Marcus Mariota; I may just keep starting Wentz. Agholor is a sneaky add if he is available in your league. Having scored in three of five games this year, he's a risky WR3 dart throw or a bye-week replacement option.

I said it last week: Superman is back!!! Cam Newton did all his damage through the air Sunday, completing 26 of 33 throws for 355 yards with three TDs. He did rush seven times but gained zero yards. Running back Christian McCaffrey caught his first NFL touchdown and put up a 5-31-1 receiving line. However, he was out-touched by Jonathan Stewart on the ground, 18-3. McCaffery is a great flex play in PPR formats given how the Panthers' offense is rolling.

Detroit wants to be a ground-and-pound offense. But when you’re down 17 going into the fourth quarter, that just doesn’t work. As a result, Ameer Abdullah didn’t get many carries, finishing Sunday with 10 totes for 31 yards. Matthew Stafford suffered ankle and quad injuries during the game but kept playing. He pushed his team to a hard-fought loss, throwing two, fourth-quarter TDs to TE Darren Fells.

Takeaways: Fells isn’t a must-own. You could think about adding if you have an open roster spot. You would be ahead of the curve if he does come alive in Detroit. Although Golden Tate isn't playing up to his draft pedigree, I think he is still a must-start. Something tells me Detroit will realize it takes a passing game to jump-start the running game.

I will bet $20 on everyone going out and trying to add tight end Ed Dickson in your league. Don’t waste the wavier pick. Dickson hasn’t had 175 yards in a season since 2013. You may think he takes over Greg Olsen’s role at TE, that’s not the case. Wide receiver Devin Funchess has taken most of those targets. Funchess led the team with eight targets Sunday, followed by McCaffrey with seven.

This game had huge fantasy impacts. Odell Beckham Jr. and Brandon Marshall both went down with season-ending ankle injuries. Sterling Shepard also went down with an ankle injury, but it looks like he could miss just a few weeks. At this point, if you’re using Eli Manning as a fantasy QB, I think you need to look for a better option. Week 5 might have been his last relevant week. Meanwhile, Wayne Gallman looks to be the back to own in New York going forward. He out-touched Orleans Darkwa, 11-8. Gallman also caught all five of his targets.

Philip Rivers could have had a much bigger fantasy day if he could have just been accurate around the end zone. I saw at least three horribly thrown passes. To tell you how bad his throws were, Keenan Allen was targeted 12 times but came down with only four receptions for 67 yards. Yet, Rivers still threw for three touchdowns to go along with 258 yards and an INT. Melvin Gordon looked to be healthy this week, getting his full share of carries and tying Hunter Henry with eight targets. Gordon took two of his six receptions to the house and gained 163 yards from scrimmage on 26 touches. Melvin Ingram had another great day for those in IDP leagues, getting a sack, forced fumble and fumble recovery on one play Sunday. We call that the holy grail in IDP.

Takeaways: Henry came to life in this game, catching three of his eight targets for 42 yards and a TD. He could easily turn into a top-10 tight end this year if he keeps that up. My Austin Ekeler hype from last week is still going. Ekeler didn’t score or gain any yards on his four carries this week, but he did catch three of his six targets for 28 yards. Ekeler will be involved in this offense, most likely as a scat back, which could equal a nice flex option in your league.

The only Giant player I want any part of as of now is Gallman, more so in dynasty than in redraft leagues. Let’s hope Shepard comes back sooner rather than later so Eli has someone to throw to. Give Shepard a roster add if you have the space available.

After Davante Adams took that hellacious hit in Week 4, most thought he wouldn’t play in Week 5. Well, he played and he led Green Bay's receivers across the board, racking up 66 yards and two scores on seven receptions. Running back Aaron Jones is a must-add in all leagues. Jones will make it difficult for Ty Montgomery to take back the starting job when he gets healthy.

Dez Bryant has settled into being a nice WR2. You’re looking for between 9-11 points in non-PPR leagues every week from him. Dak Prescott finished Week 5 as fantasy's No. 2 QB, behind only Deshaun Watson. This Cowboys team just needs to learn how to finish games.

Leonard Fournette is a beast. He ran all over Pittsburgh for 181 yards and two TDs. If you happened to play the Jags' defense, you were rewarded.

Ben Roethlisberger threw five interceptions in this game, two of thich were returned for touchdowns. Antonio Brown got his this week, catching 10 of 19 targets for 157 yards. I think JuJu Smith-Schuster needs to be owned. He is the second wideout in this high-octane offense.