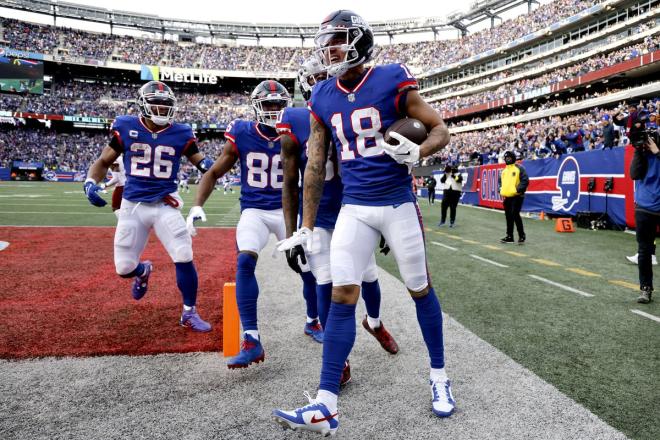 Edmonds came off IR this week and saw 8 touches in a blowout loss to the Rams. Edmonds is quite honestly probably the only RB on waivers who would be worth an add. With the firing of Nathaniel Hackett a shake up of the offense could be in order, meaning Edmonds might be utilized more down the stretch.

Since his return in week 7 against the Browns when he scored 2 touchdowns, Edwards has been absent for the Ravens run game. I do anticipate that changing down the stretch and this past weekend was a good indication of that, Edwards carried the ball 11 times for 99 yards, look for him to get more opportunities with the potential return of Lamar Jackson.

Hodgins has emerged as Daniel Jones’ favorite target since Week 13. He has averaged just under 7 targets per game and has scored 3 touchdowns over that stretch as well. Hodgins is worth the add this week if you need help in your WR or flex spots.

Dotson has been on a heater over this last three games, scoring 13.5, 18 and16 fantasy points respectively. What’s even more encouraging is that Dotson is getting an average of 8 targets per game over those three games.

Dotson and Isaiah Hodgins should be on everyone’s waiver radar this week!