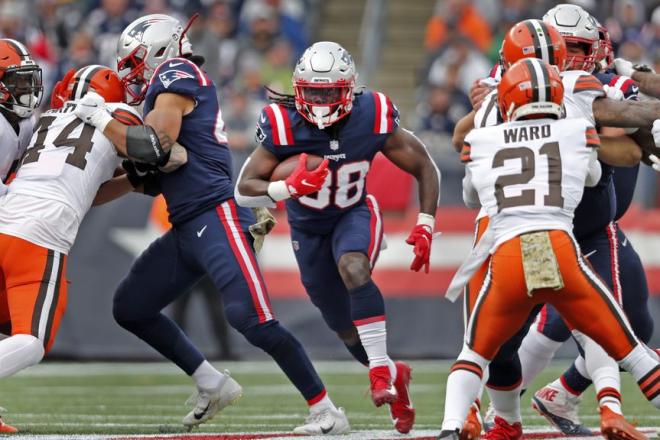 This season is just wild. Plain and simple. The Jets beat the Packer in Lambo, the Giants are 5-1, the NFC East is arguably the best division in football right now; I honestly don’t know what’s going on anymore. Now to the fantasy side of football, it doesn't seem as hectic but still a lot up in the air. Let’s get through these starts and sits for Week 7.

I don’t think Garoppolo is a good QB, but I do think this offense is built for him to succeed. He’s a middle-tier fantasy QB, but this week against the Chiefs he should be in your lineup. With both George Kittle and Brandon Aiyuk coming off season-best performances, it looks like the 49ers offense is finally clicking. Now up against a high scoring Chiefs team, the 49ers have no choice but to try to keep up. Garoppolo has played solid ball this season and is upgraded into starting lineups with this high achieving matchup.

Even if Damien Harris is back this week Stevenson should still be in your lineup, that’s how confident I am in this Patriots run attack. Not only are they top 10 in rushing yards this season, they are up against a Bears defense that has already allowed 978 yards on the ground through only 6 games this season. With the Patriots backup QB in and the Bears just playing bad football, Stevenson should no doubt be in your lineup. Look for Belichick to feed the ground game through all four quarters as they run the Bears out of town this week.

I know it feels like I’ve hammered this point home but I must reiterate, always chose the target share and volume, ALWAYS! Amari Cooper is no exception. Yes, he’s had some duds this season, but in 4 of 6 games this year he’s had double digit targets. Now he’s up against the Ravens who have given up the 3rd most points to WRs this season. With Jacoby Brissett at QB it’s always going to feel a tiny bit risky, but here you have a guy getting over 10 targets regularly and therefore he’s a must start, plain and simple.

Revenge game of the year. Calling it now. No, but seriously Engram should be in your lineup this week. With 16 targets over the past 2 games, Engram makes the start list for the first time in a long time. Engram has established himself as a solid target for Trevor Lawrence, add that with being on the field on over 70% of the snaps this season and things are looking up for the 28 year old. The former Giants tight end should be in your lineups this week against his former team. Lock it in.

Mariota is coming off a hot week where he ran for 50 yards and a TD against the 49ers. You might be thinking about playing him but take a second and look at what he has done this year. In six games this year, Mariota has thrown for over 200 yards only twice. The dual threat ability is intriguing, but I wouldn’t bet my week on it. Do the smart thing and keep the Veteran on the bench this week.

Etienne owners might be feeling good after two straight games averaging over 7 yards a carry. This is enticing, I agree. What’s not enticing is his involvement and matchup. With 10 or fewer carries in three straight games, it’s just to risky to have him in your lineup. The Giants have also only allowed two rushing TDs this season, so don’t expect him in the end zone. Etienne's stock is on the rise, but he is still too risky of a play against a solid New York defense.

Coming off his best game of the year you might want to put JuJu in your lineup, but you should pump the brakes. Yes, he's coming off a 100-yard performance but that is his first 100 yard game in 33 games played. Patrick Mahomes has a new target every week and JuJu hasn’t shown the consistency to be in lineups yet. I haven't even mentioned he’s playing against a San Francisco defense that’s allowed the fifth fewest points to receivers this season. Be smart and keep him benched. Or better yet, trade high while you can.

Yet another guy coming off a season best performance. Tonyan caught a whopping ten passes last week, but before you put him in your lineups look at his body of work. In the three games prior, he’s combined for 12 catches for 62 yards. TE is risky all around this year and Tonyan's up and down involvement in the offense is a huge risk. He’s also matches up against a Commanders defense giving up the 3rd fewest points to TEs this year.

Usually, I go for the trap games on my bench defense list and this game hits the tune perfectly.  On Paper Pittsburg has been a bad offense and the Dolphins force turnovers. Well that’s just not the case actually. The Dolphins have forced 0 turnovers in the last three games and only have six sacks over that span to match with it. The Steelers offense might not be clicking on all cylinders, but the Dolphins defense has given up 89 points over the last three outings. It might look good at a glance but keep the Dolphins on the bench.