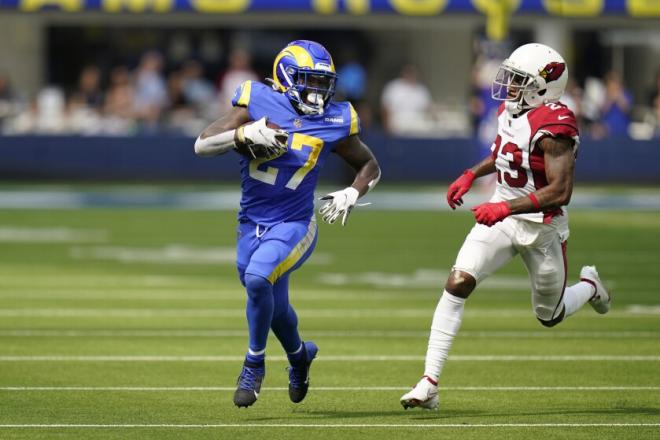 This is it. Championship week. I know many of you may be done with fantasy this year and have possibly been done for a few weeks now, but for those who still need to win this week and take home the trophy, here’s this year's last injuries and opportunities article.

After a few weeks of picking up steam and putting up solid numbers down the stretch, Sanders hurt his hand in the second quarter this week against the Giants. Next up is anyone's guess as the Eagles spread the ball around in this backfield. I would say if you pick up anyone, it should be Howard because he gets the goal line touches and has touched the ball at least 10 times every game this season. However, Howard was also injured with a stinger and is questionable, so also watch his health status before you start him. The Eagles do have a tough matchup at Washington next week, but if you need a flex and Howard is able to play, Howard could be a solid play. Boston Scott deserves a good look with 41 yards and a TD this past week but Howard is higher in my rankings.

Another running back that was picking up steam and is now banged up. Clyde Edwards-Helaire left the game with a shoulder injury that could keep him out of next week's game at Cincinnati. Both Darrel Williams and Derrick Gore got over 10 touches in the route of the Steelers this past week. If you need a flex play or even an RB2 Williams is your guy, especially in PPR. In the 4 game stretch early in the year where CEH missed four straight games, Williams averaged 19 touches a game along with 3 TDs during that span. If CEH is out, Williams becomes a must start with his involvement in the passing and run game.

Darrell Henderson wasn’t fully healthy coming into this game, then left early with a knee sprain. Sony Michel has taken full advantage these past few weeks and is an immediate RB2 if Henderson is out. The last 4 games Sony has had 89 carries for 423 yards and 2 TDs. He is a bell cow back and he’s still available in 30% of leagues. Now up against a Ravens team that got exposed last week, Sony should be starting in your lineup and he shouldn’t disappoint.