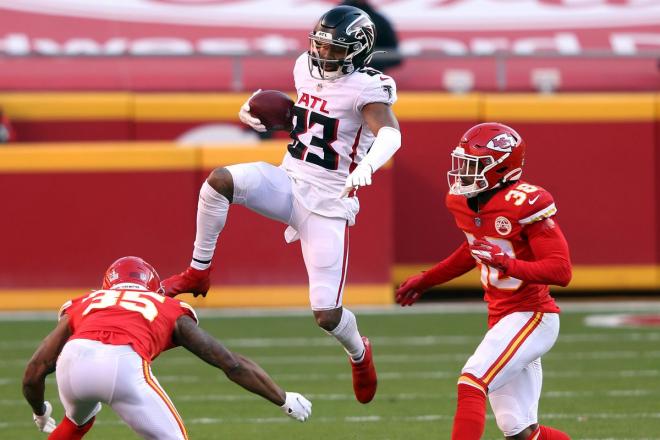 Week 14 is upon us and it feels… weird. It feels weird because this is usually the first round of the playoffs for many leagues, however, with the extended season that won’t start until Week 15. This does give many owners one more shot to make the playoffs where anything can happen. With the latest bye week in NFL history and many fantasy owners in must win scenarios, here are 5 players you should target heading into Week 14.

After James Robinson was treated like a 19 year old sophomore this past weekend by Urban Meyer after a fumble, Carlos Hyde saw a majority of the action and found the endzone. Look, Robinson is far and away the best player on the Jaguars roster. An undrafted player who has single handedly kept this team in games gets benched for a mistake in a game the Jags had no chance in anyway. You can obviously see how Urban is going to run this team and I’d expect his tenure to be as short as his patience for RBs who fumble. With Robinson’s lingering injuries and the season going nowhere, the Jags might shut Robinson down which would open the door for Hyde to be the clear RB1. Don’t expect the number you were seeing from Robinson, but an RB1 in Week 14 is worth the add.

I recommended Gage back in Week 10 following Calvin Ridley’s announcement that he would be taking time away from football to focus on his mental health. I’ll be the first to admit he has drastically under performed while being the clear WR1 in Atlanta. However, better late than never as he seems to have found his stride in the back half of the season. In his last three contests he has been targeted 8, 7 and 12 times… turning those targets into 22 receptions for 241 yards and a touchdown. Coming off a 12 target, 11 catch 130 performance against the Bucs, look for Gage to continue putting up numbers heading into the fantasy playoffs.

Fellow WR Adam Thielen is most likely going to miss next week with a sprained ankle. When Thielen went down, Osborn saw 7 targets, pulling in 4 of them for 47 yards and a score. Osborn started the year off hot and showed his ability to make plays, however, he sputtered for most of the year falling behind both Theilen and Justin Jefferson in the pecking order of targets. If you need to replace Thielen, Michael Pittman, Jaylen Waddle, DeVonta Smith, or Jakobi Meyers this week, Osborn might be your guy.

Look, this is a shot in the dark, but there is something to go off of here. This Bucs offense has been good, but they have not been the same since they lost Antonio Brown to… uh… well, injury… or faking vaccination status, I can’t remember. Anyway, Perriman is familiar with Bruce Arians offense and has proved to be a late season star before. I actually won one of my leagues in 2019 because I grabbed Perriman in Week 12. Here was his games in 2019…

Now with Mike Evans and Chris Godwin still commanding over 50% of the targets, maybe don’t expect these numbers. But if you need a flier in a deep league, Perriman could make you a happy camper.

Logan Thomas had just made his way back from injury and unfortunately found himself injured again in this past weekend's win over the Raiders. Seals-Jones performed well when he was TE1 with Thomas out earlier in the season. He was a low-end TE1 and might find himself back in that category again as we enter the fantasy playoffs. It’s hard enough to find a good TE, but finding one you can start in Week 14? No question Seals-Jones should be added.