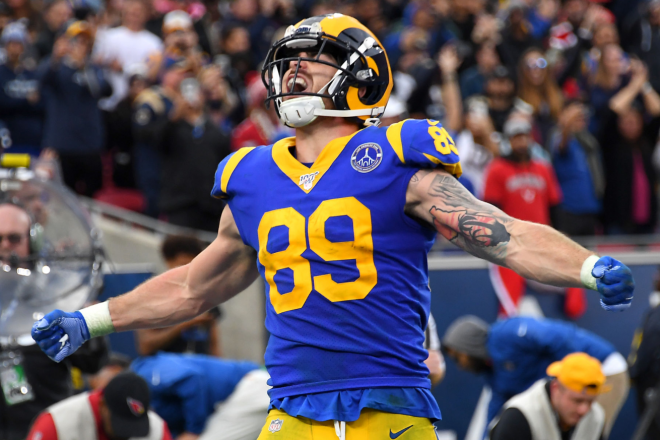 The year is upon us! We are back with what will surely be another great fantasy football season. With one extra game added to the NFL's regular season slate and COVID still lingering, we may be in for a rollercoaster ride of a season. But enough about what will be and on to the now!

If you went late at Quarterback, then don't worry, because Kirk Cousins has your back. At least for the first few weeks. Cousins and the Vikings face off against the Bengals, Cardinals and Seahawks to start the season. The Bengals were middle of the pack when it came to QB points in 2020. Nothing to be scared about, and it also helps that they lost their best corner in William Jackson to Washington. We seem to have forgotten that Cousins was a top 12 quarterback last year for fantasy GMs, and he will start that way this year too. Plug and play Cousins.

Who gets to play the worst ranked fantasy rushing defense in week one and is completely healthy for the first time in what seems like forever? That's right! Trey Sermon! But seriously, Mostert has one of the best yards per carry averages in the NFL since taking on a prominent role in this offense a few years back. He actually might be one of the fastest players with pads on too. Add in that he is fully healthy to start the season and boom, you have a recipe for sweet, sweet success.

Revenge game x2? Robby and Darnold get to face the franchise that did it's best to diminish their names. And one of those two has already cleared his name. I'll give you a hint..  its Robby Anderson. Did you know who it is now? Anderson outpaced DJ Moore in targets in this offense last year and with his former teammate coming to town and the same offensive coordinator, should we really predict that to change? No. The Jets are also not very good at covering wide receivers. So, yeah if you need a spot start and you're in a points per reception (PPR) league, Robby is a great start.

Higbee is one of my favorite late round sleepers at the tight end position. If you waited to snag a tight end in your drafts and came out with Higbee late, consider yourself a winner. Higbee benefits from two major factors this year.

With a legitimate upgrade at the quarterback position and a lump sum of vacated targets and no competition, Higbee has a chance to break out. And it starts in Week 1 where he faces a Bears defense who ranked second in points allowed to tight ends last year.

The Broncos are healthy and have added much more depth on the defensive side of the ball. And they face those three teams. Need I say more? They're a solid start for three weeks straight. So start em, and forget em.

Let's pump the brakes on the rookie sensation for a minute here. Yes, he had a good preseason game against the Cowboys backup defense. And because of this some fantasy GMs feel confident playing him Week 1 because it's an easy matchup? The issue here is Trevor won't need to do much in this one. James Robinson will handle this by himself as the Texans simply cannot stop the run. Don't feel confident in Lawrence week one where he is bound to have minimal attempts while Robinson takes care of the Houston defense.

News broke this week that Swift is good to go for Week 1. This doesn't mean we should be happy to plug him in as there is a serious uphill climb for him to start the season.

First, Swift was out a concerning amount of time dealing with a groin issue. I don't think it's magically disappeared. And while he was missing time, Jamaal Williams was getting all the first team reps and garnered a lot of praise from the Lions coaching staff. Swift will be on a snap count and lose a lot of time with Williams in the fold. Swift also faces one of 2020's top rushing defenses, and they're also healthy to start this season, unlike last year. Some of us may be forced to start Swift depending on team makeup and draft capital, so temper expectations.

Golladay has been sidelined with a hamstring injury since August 3rd. This is the same injury that caused him to miss time in last year's injury-riddled season. So, it's not comforting seeing he is already dealing with a nagging soft tissue injury. If he plays, he will be severely limited and becomes a very risky play. It doesn't help that he has missed very valuable time to learn the playbook and establish a rapport with his new quarterback and team. He was falling in drafts, so if you have the opportunity, fantasy GMs should pivot.

Can you tell I'm not a fan of this game Week 1? Here is another player dealing with injury with little to no positivity coming from his coaches on availability on Sunday. The Giants were in the top half of defenses against fantasy tight ends and I imagine much of the same for this year. If Fant plays, it will be on a snap count and fantasy managers need to temper expectations in Week 1.

Plain and simple. This may be the highest scoring game in Week 1. So does that mean you want to play the defenses? Not at all. But it's important to note that the Browns defense will be sneaky good in fantasy for 2021 and will most definitely be available on most waivers to snag after their game with the Chiefs, where they will then go on to face the Texans in Week 2.