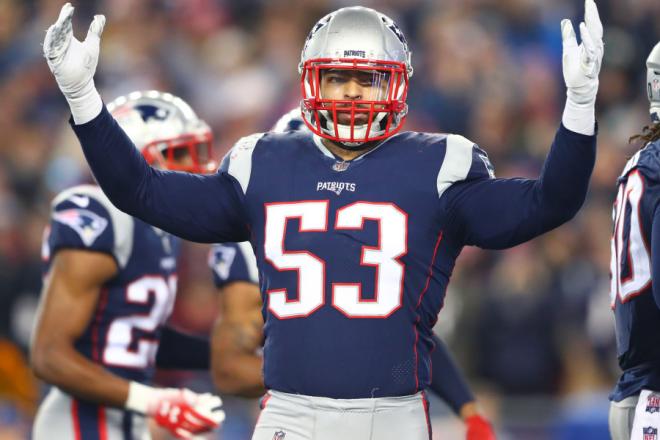 As NFL free agency grinds on, it's becoming apparent which teams have made gains, and, well, which ones haven't.

Here's a quick look at which teams have gained ground, and those who've lost it.

They also brought back ILB Kyle van Noy and signed OLB Matt Judon. Safety Jalen Mills was another fine addition. Now, if they could just find a good starting quarterback. The signing of Cam Newton is still a head-scratcher.

First, they filled their hole at quarterback by signing gunslinger Ryan Fitzpatrick. Then, they quietly added WR Curtis Samuel, formerly of the Carolina Panthers.

Fitzpatrick now has another target to play catch with; that makes for a more dynamic offense. With more rest, Washington's killer defense figures to be that much better. That's bad news for opposing teams.

They also brought in linebackers Devante Downs and Ryan Anderson as well as DE Ifeadi Odenigbo.

The upshot of these signings? The Giants are going to be much more formidable on both sides of the ball once the hitting starts for real.

Don't look now, but the Bills got deeper on offense. Granted, they lost WR John Brown to Las Vegas. No problem, as they replaced him with veteran wideout Emmanuel Sanders.

They then added QB Mitchell Trubisky to back up their all-world starter, Josh Allen. The upgrades at quarterback and wide receiver have positioned Buffalo nicely for a run at another division title.

Their rising star at quarterback, Joe Burrow, will also appreciate the signing of LT Riley Reiff, who has been charged with the responsibility of protecting his blind side.

While it's not a move that will prompt oohs and ahs from the Cards' faithful, they solidified their field goal kicking with the signing of veteran K Matt Prater, who bolted from the Detroit Lions.

Add Prater to the signings of DE J.J. Watt, WR A.J. Green, and offensive lineman Brian Winters - and the acquisition of OL Rodney Hudson from the Raiders - and the Cards are a much deeper, more talented team.

Securing QB Dak Prescott was huge for the Cowboys. They now have a cornerstone around which to build their offense, and team.

Russ is going to find it very difficult to cook with inadequate protection - and, now, a glaring lack of weapons around him.

While it might be a little harsh to say the Saints are a shell of the team they used to be, things aren't looking good in the Big Easy.

Now, their defense is minus DE Trey Hendrickson, and cornerbacks Janoris Jenkins and Justin Hardee.

Coach Sean Payton has his work cut out for him.

The only thing the 'Niners have done during free agency is lose players.