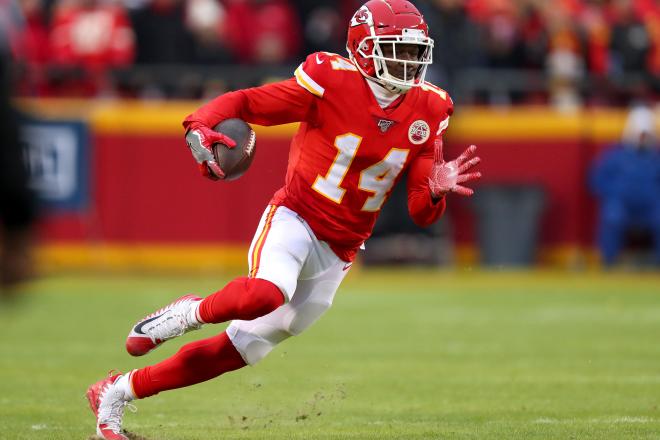 Who Plays And Who Doesn't Could Decide Outcome of SB LV

As is always the case with any high-stakes football game, the injury list gives, and it also takes away.

And with the Super Bowl LV being the ultimate high-stakes game, who plays - and who doesn't - could well determine the game's outcome by the time the final whistle sounds.

With the game happening today, we have a good picture of who will suit up, and who won't.

Here's a quick rundown of who's expected to play, and who won't - and how their presence or absence could affect how the game plays out:

Good news for Bucs fans - the speedy wideout participated fully in practice late in the week. While Brown (knee) upped his number of reps without a problem as the week went on, know one knows for sure how many snaps he'll be good for when it really counts.

Even if he's limited, he will give KC's defense another thing to think about. With his quickness and breakaway speed, he gives QB Tom Brady a legitimate deep threat and a change of pace from his other taller, long-striding wideouts.

At the other end of the spectrum is Brate, who has been a reliable target for Brady during the Bucs' run to the Super Bowl. He wasn't able to practice Friday, and that's not a good sign; apparently his back is still bothering him significantly.

Should be unavailable on Sunday, his strong blocking will be sorely missed. If Brate can't go, look for WR Scotty Miller to be utilized more often.

It appears that both Winfield Jr. and Whitehead will play Sunday.

That's huge for the Bucs, as all hands must be on deck in their secondary for them to have any chance of shutting down (or at least limiting) Patrick Mahomes & Co..

Fisher is officially out of Super Bowl LV with an Achilles injury.

This is a significant loss, as he's perhaps KC's most reliable O-lineman. Look for the likes of Jason Pierre-Paul and Shaq Barrett take advantage of his absence.

If they can, they may be able to hurry and hit Mahomes enough to cause errant throws, perhaps even a critical interception.

After being a full participant in practice, Watkins (calf) looks like he's ready to step back into the lineup for the first time since Week 16.

That's bad news for the Bucs, as Watkins - who has a knack for making drive-sustaining catches along with the occasional big play - gives Mahomes yet another weapon (as if he already didn't have enough at his disposal) to utilize on Sunday.

Suffice it to say that the Bucs would've smiled inwardly had Bell and Edwards-Helaire been unavailable Sunday.

Now, not only will Tampa Bay's defense have to deal with hard-running, physical RB Darrel Williams, but they will - much to their displeasure - also have to deal with the elusive Edwards-Helaire and versatile Bell.

If the three RB's play well Sunday, they could be a major factor. A strong running game would keep the Bucs' fierce pass rush at bay, giving Mahomes time to take more well-targeted shots downfield.