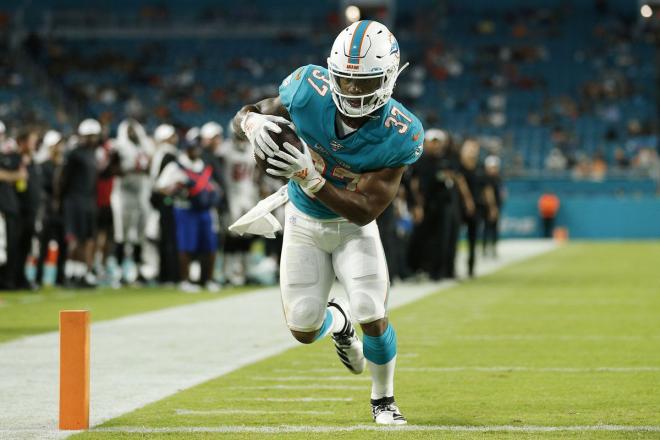 4 Young NFL Players On The Rise

More importantly, he's elevated his game in the Dolphins' run to make the playoffs, averaging just under 80 yards on the ground and 46 yards on receptions - an average of 126 all-purpose yards over his last four games.

Quick, sure-handed and deceptively fast, the 23-year-old should only get better over time, and should be a fixture in Miami's backfield for years to come.

Moreover, in his last three games, he's averaged 51 yards per game and has scored three of his five TD's. With Kyle Rudolph getting older - he's now 31-years-old - the 22-year-old Smith Jr. is quickly developing into the main target at tight end for QB Kirk Cousins.

And although the Vikings missed the playoffs this year, they have a good young team with a dynamic offense - something that also bodes well for Smith Jr.'s future development.

In limited action, the rookie from Vanderbilt has gained 109 yards on 26 carries, good for a 4.2 yard average. He hits the hole hard, is agile, plenty fast and hard to bring down.

He will doubtless get more reps in place of the inconsistent Leonard Fournette, and after the Bucs likely part ways with the aging LeSean McCoy in the off-season. Look for the talented 23-year-old to share reps with Ronald Jones II next season.

Jonathan Taylor, RB, Indianapolis Colts. The 5-10, 226-pound rookie from Wisconsin has quietly put together a spectacular season in Indy.

Were he in a bigger NFL market, Taylor's 916 yards on 202 carries (good for a solid 4.5 yard average), 35 catches for 298 yards and nine TD's would have drawn more notice. A shifty, punishing runner with excellent speed, Taylor is the real deal.

Suffice it to say the Colts are set at the running back position with the 21-year-old Taylor and 24-year-old Nyheim Hines for the next three to five years, or longer.