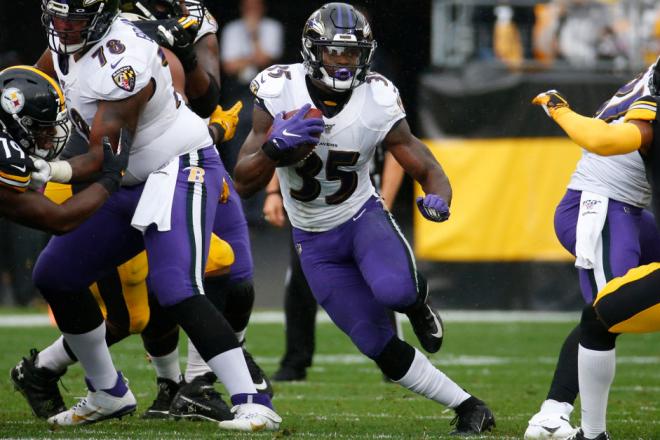 Things are getting interesting in the NFL! Big divisional games including the Cowboys and Washington Football Team, Bears and Packers, Titans and Colts… and a big matchup on Thanksgiving between the Ravens and Steelers. It should be a great week/weekend of football. I want to wish each and everyone of you a great, safe, and healthy holiday. I just wanted to briefly thank ESPN for letting me have a super flex this past weekend of Taysom Hill in my Tight End slot – what a treat!

Say you lost Drew Brees and picked up Jameis Winston, just for you to get the announcement that Taysom Hill would be the starter after most waivers already cleared. You could’ve gone and grabbed Joe Burrow, but Cincinnati has already found a way to get him hurt. So what do you do now? That’s right, Danny Dimes. There are limited options here, as you probably know, but Daniel Jones has been a serviceable starter. Playing against a defense that ranks in the bottom half of the league against opposing QBs, grab Daniel Jones and plug him if you need someone.

Edwards has all the intangibles of a bell-cow back, he’s just stuck in a committee with Mark Ingram and J.K. Dobbins. Well, COVID hit the Ravens backfield hard this week as Ingram and Dobbins both tested positive… leaving Edwards as the only RB on the roster with a carry. This team runs over 36 times a game, with about 11 of them coming from Lamar Jackson. Grab Edwards and plug him in your lineups, even against a stout Steelers defense, he should get 20+ touches Thursday.

Personal story here, in a league I play in where RBs are king, I took Akers as my RB2. I had Saquon Barkley as my RB1, so this season has been fun! I did a lot of research and took a chance on a guy who was drafted in the 2nd round and looked like the obvious choice to replace Todd Gurley. Thanks, Sean McVay! The Rams backfield is a mess, one week you think you have their RB1, the next week he gets 4 carries. However, I do think Akers is slowly working towards the RB1 role… he’s clearly the most talented, but as I’ve mentioned in previous weeks – these rookies need time. If you can grab Akers, do it, stash him and see what happens this week – he could very well be a big part of a championship run.

My love affair with rookie wide outs is probably obvious. This class is STACKED with talent on the outside. Mims has been targeted an average of 8 times over his last two games and I really feel like his coming out party will be this weekend against the Dolphins. I’d rank Mims as a mid-tier flex option with some boom potential this weekend.

I know Eagles fans are sick watching Agholor pretty much catch everything thrown his way this season. Outside of Darren Waller, Agholor is high on Derek Carr’s list of favorite targets. He’s averaging over 18 yards per reception and has caught 6 TDs this year. I recommended Agholor earlier this season and am doing it again – he’s got a great matchup against an abysmal Falcons defense as well!

OTHERS TO CONSIDER BASED ON MATCHUPS