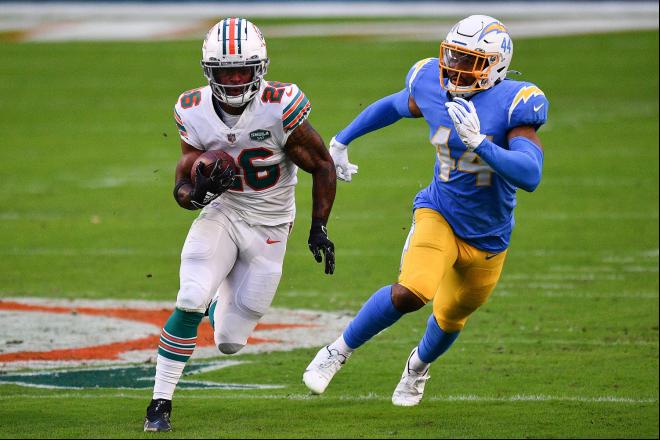 Week 11 of the NFL season is here and we are rapidly approaching the fantasy playoffs. It’s the stretch run here, you need to finish out strong and put yourself in a position to make your leagues playoffs. Once your there, anything can happen! Many of us last year rode Kenyan Drake or Saquon Barkley to the championship – who will this year's Week 13-16 stud be?!

Ironman Drew Brees is expected to miss multiple weeks with broken ribs and a collapsed lung, this means Jameis Winston will be unleashed! Jameis is one year removed from being the #3 overall QB fantasy-wise. He’s exciting to watch, mainly because he slings that thing all around the field, putting up numbers – in every department – week in and week out. I honestly am a huge Jameis believer and I think if he signs back with New Orleans after this season, they won’t miss much of a beat offensively. He has amazing arm talent; he’s just always struggled with decision making. I would feel confident plugging him into a lineup as a replacement for Brees. Oh… he’s also playing the Falcons… AKA the worst team in the league against fantasy QBs.

Earlier this year my wife and I watched the documentary on Alex Smith. As usual, we were watching football Sunday and she could not believe that Smith was on the field, let alone throwing for almost 400 yards in a near victory versus Detroit. Smith almost died two years ago when he broke his leg, what has he done since returning to football? Oh not much, just thrown for an average of 358 yards in his last two games. In a matchup against a Cincinnati defense who is near the bottom of the league against fantasy QBs, expect more of the same from Smith – with some touchdowns added in!

Let’s just forget that I said to grab Matt Breida… I really meant to grab Salvon Ahmed. The undrafted rookie from Washington is seemingly a RB1 in a revitalized Miami team that is on a hot streak. Tua Tagovailoa has this team rocking and this once fantasy burial ground is producing some numbers! Grab Ahmed in every format.

Booker has been an intriguing player this season. Jon Gruden obviously loves him, and he has seen an increase in his role over the past two weeks. He seemingly “broke out” this week against the Broncos where he got 16 carries for 81 yards and two scores. Teammate Josh Jacobs edged him in carries by 5 and overall touches by 7, but there still was plenty to go around as each of them found the endzone twice. Booker is worth a roster spot, but monitor his snap share going forward!

I sound like a broken record with this take… but here I go again, stop doubting rookie wide outs! In his first three games Pittman wasn’t putting up gaudy numbers by any means, but an injury kept him out of the next three contests. In his last two games he has 15 targets and has turned that into 11 catches, 157 yards, and even had a 21-yard rush on Thursday against the Titans. The trend of rookie pass-catches should be at an all-time high, grab Pittman and expect production!

Like I mentioned earlier in this article, Miami is no longer a wasteland for fantasy football players. There is a ton of value here with grabbing Grant off waivers. He is the clear #2 to DeVante Parker after Preston Williams was placed on IR. Grant has shown flashes in the past of his big play ability, lining up all over the field and making plays with the ball in his hand. With this offense humming, I want any piece I can get, especially a WR2 this late in the season!

With Drew Brees out and Jameis Winston projected to take over the starting role, don’t forget about Taysom Hill. It’s clear Sean Payton wants to utilize him in any way he can… he lines up at TE, WR, RB, and QB… I hate to sound like Collinsworth, but he really is that “swiss army knife.” Just like Payton, you need to get creative with your lineup… expect more from Hill with Brees out. One major benefit to this is he can be played as a TE or a QB in many formats.