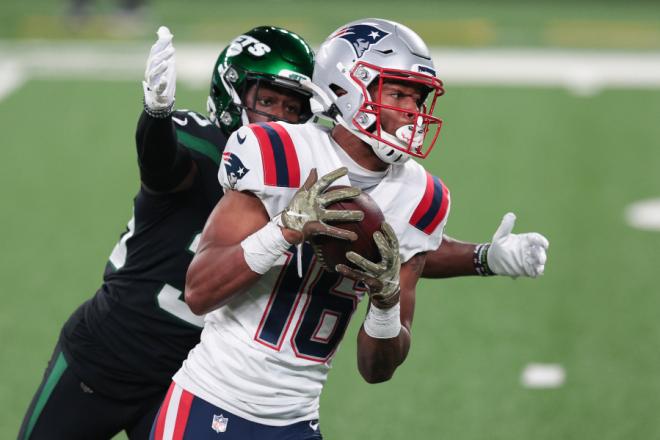 Welcome to week 10 of the NFL season! It’s sweaty palms time for fantasy managers all over the country as they attempt to make their final push towards the playoffs. For many of you, you only have 4 more weeks to get yourself into position to make a run. Most of my leagues start playoffs in week 14 and championships are played in week 16. If you’re league runs all the way to week 17, get a new league! Here are 5 players to help you make your run for glory.

If your looking for a bye week replacement for Patrick Mahomes or Matt Ryan look no further than Nick Foles. Playing in a Monday night game against the Vikings who have been horrible against Quarterbacks all season, Foles can fill it up. With an injury to David Montgomery, Matt Nagy will have to be creative and rely on his passing game even more… let’s face it, they weren’t running the ball well anyway. In his last two games, both against better pass defenses than the Vikings, Foles has put up an average of over 300 yards and 2 touchdowns… it’s not MVP caliber numbers, but it can get you by.

A scratch late last week, Breida was poised to make a splash for the first time since joining the Dolphins. I’m becoming a believer in Tua Tagovailoa based on what he’s been able to do for this offense in just two starts. Breida is a threat out of the backfield and should see a sizeable amount of volume with Myles Gaskin out and Jordan Howard being largely ineffective. Facing a Chargers defense that ranks in the bottom half of the league against the run, this matchup of rookie Quarterbacks should be a good one!

This situation has to be monitored as there is uncertainty surrounding David Johnson’s status for a week 10 matchup in Cleveland. Duke Johnson would be the next man up and, if the starter, can be plugged into lineups confidently as a RB2 in every format. Johnson is an elite pass catcher out of the backfield, and I know from firsthand experience that former players tend to burn the Browns… leaving everyone wondering “why’d we let that guy go?”

Others to consider, but I don’t feel comfortable about their situation… utilize if you are desperate!

You’ll need to monitor the situation with David Montgomery before you put Patterson into any lineup. He’s a risky flex who could provide some boom… like I said, Matt Nagy will have to be creative if he can’t run for 3 yards a play anymore.

IF, and I really mean IF, Tevin Coleman gets activated, he could provide something, maybe, to your lineup. He has a difficult matchup against a tough Saints run defense, but I have a love affair with Kyle Shanahan’s run game.

You’ve heard the rest of these guys… Justin Jefferson, CeeDee Lamb, Tee Higgins and Jerry Jeudy. But have you met my dear friend Jalen Reagor? For many he was forgot about after missing a bulk of the season, he never really got the chance to get acclimated to the NFL. Weeks ago, I wrote about how you shouldn’t give up on rookie wide outs if they hadn’t had a great showing in their first couple games. These kids all missed the normal offseason and preseason games. Jalen Reagor is in a prime position to break out and show everyone why he was a first round pick. Just in time for the Eagles to take the NFC East.

Someone. Has. To. Catch. The. Football. It certainly looks like Jakobi Meyers will be that guy for the Patriots. After 1 target in the first 3 games of 2020, Meyers was inactive for the next two but was sprung into action in week 7 against San Francisco. What has he done since? Oh not much, just been targeted 30 times, reeling in 22 of those targets for 287 yards… NBD. With Julian Edelman on IR and every other receiver for the Patriots treating the ball like it has COVID, Meyers is a must add.