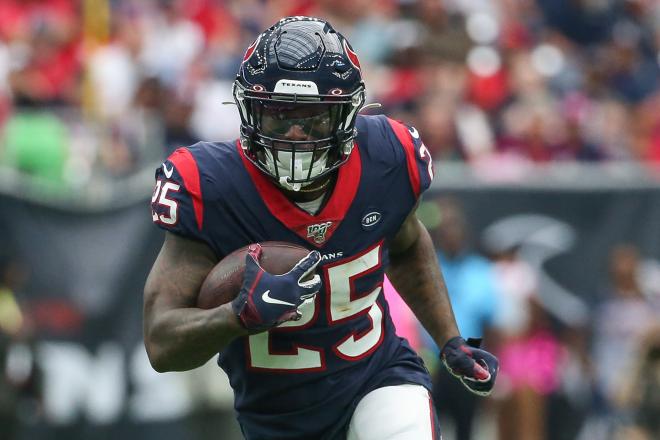 Now that is what I call a great week a football. With eight games being decided by 7 points or less, there were more close games than injuries this week. I love writing these articles but it’s best for everyone around when my articles are short and sweet. Only 1 big name player got hurt but he should be good to go after this week. Now let me do this small run down of injuries and let’s see if I can find you guys some nice steamers this week. Here we go.

Fantasy owners rejoiced as their star running back returned and played with zero rust, getting over 150 yards from scrimmage along with two touchdowns. Then, there was a scare when he excited the game late with an apparent rib injury. It’s kind of obvious who has the opportunity if McCaffrey has to miss a week, in comes Mike Davis again. Davis will fit right back into the starting role against the Buccaneers at home next week, however this is not an ideal matchup for Davis as the Buccaneers are third in the league against the run. They looked awful against the Saints Monday night, but this defense will progress to the mean. If Davis is the lead back next week he is a low-end RB2.

David Johnson left Sunday's game with a concussion and with the strict league protocol, he could miss a couple weeks. Enter underrated career backup, Duke Johnson. Duke took 100% of the carries after David J. went down and finished the day with 41 yards on 16 carries along with a TD, he also hauled in 4 catches for 32 yards. As a former third round pick and backup running back for the Browns and now Texans, Duke has been solid off the bench and solid passing down back with 4.3 YPC in his career along with 293 catches in just six years. If David Johnson misses some time then Duke is an easy RB2 due to his ability to be on the field on all three downs. He also has absolutely amazing matchups in the upcoming weeks with the Browns, Lions and Patriots who are decent-to-bad against the run. He should be top of the waiver wire adds this week. Pick him up quick.

The NFL has done a wonderful job with concussion protocol as the injury is few and far between this year, even though this is the second player on my list with the injury. Just Like David Johnson, David Montgomery might miss some weeks due to the concussion protocol. Now enter.... I don’t know really. The Bears seem happy putting the 8-year veteran wide receiver Patterson in the backfield every time Montgomery gets banged up. So it’s funny to say, but I think he’s the best option, if any, to pick up with week. He’s had 17 catches and 29 carries this year. I don’t see him getting more than 10 carries a game if Montgomery is sidelined but he will be on the field a lot, and with Nick Foles throwing the ball more than 50 times, Patterson will see a decent amount of targets and carries. Now the other true running backs on the Bears roster is Ryan Nall and Artavis Pierce. I would keep an eye on how the Bears want to approach this, but with Nall having just a few catches and no carries all season he would be a risky play. Pierce is the more interesting player to look at, he was activated from the practice squad last week, even though not having a carry all season keep an eye on him because he might be the main ball carrier next week against the Vikings depleted defense.