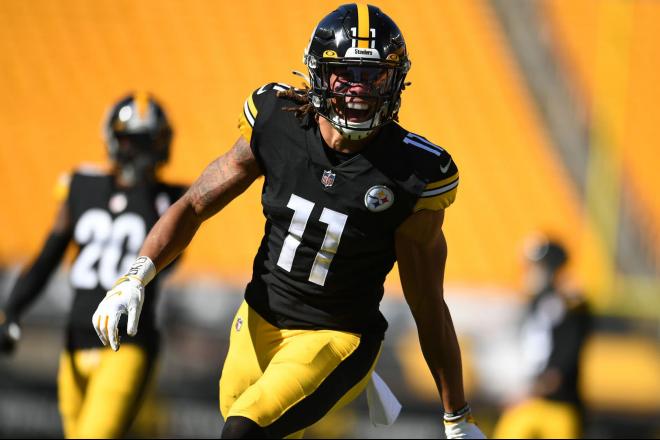 Fast approaching comes the halfway mark as the fantasy season continues to fly by. Last Sunday, the NFL was top heavy with an abundance of games being played in the afternoon/morning timeslot, leaving us with the Dolphins and Jets to watch in the evening. Fun. Today, we get a clash between NFC East titans as the second place and third place teams duke it out. A combined record of 2-9-1, we surely are in for a treat as the Giants face the Eagles on Thursday night. Did I lay on the sarcasm a little too heavy? Good. But it’s football and that should make us happy.

Anyways, this week’s starts and sits include a few players who have been mentioned a lot as of late, whether good or bad, as we breakdown vital 5 Starts and 5 Sits for Week 7.

It is so hard to not include the quarterback who is facing the Falcons every week. And although I want to avoid it, Stafford isn’t a quarterback seeing a lot of playing time in fantasy lineups, so it’s worth mentioning. The Falcons are allowing over 28 points to opposing quarterbacks this year, which is very bad… plus, the Lions have a healthy starting lineup, giving Stafford a full arsenal of weapons. Stafford is not afraid to sling the ball. He has thrown the ball at least 31 times in all five of his games thus far and with a competent offense on the other side of Stafford, he’ll need to keep his team in the game. This game may have the highest score, so I want all the shares I can get of the quarterback.

Ronald Jones II has looked amazing over the past few weeks, running for 100-yards in each of his past three outings. Even if Fournette is healthy, head coach Bruce Arians is not going to immediately split their carries. Jones II has done enough to solidify himself as the RB1 in this offense and until he makes a few mistakes, that won’t change. The Raiders are allowing over 5-yards a carry to opposing running backs, setting Jones II up to surpass the 100-yard rushing mark in his fourth game in a row. Trust the production.

Claypool has been incredibly efficient this year with his usage, and it looks like the Steelers are going to give him every opportunity to touch the ball. He is seeing deep targets, rushing opportunities, especially on the goal line, and he is finally seeing an increase in playing time. Diontae Johnson is coming back, and last week we were worried about this hurting Claypool, but now it only hurts James Washington. Claypool is the new WR2 for the Steelers, which by the way, is the wide receiver who finds the most success against a Titans secondary who is allowing an average of 28.7 points per game to opposing wideouts. It’s not the time to get cute and bench Claypool (or should I say Chase Playpool… I forced it), play him until he proves you otherwise.

We’re going with the QB/TE stack! Hockenson has been seeing a healthy number of targets in this offense and has found the endzone three times so far this year. His yards over the last two weeks have not been particularly promising but the touchdown upside is becoming hard to ignore, oh yeah, and he faces the Falcons defense who are 31st against opposing tight ends. Hockenson is a fine play this week.

The Bills defense has been severely underwhelming so far in 2020, but this week we can pump the brakes as they face the best offense for fantasy defenses in the Jets. Whether Sam Darnold comes back or not is irrelevant. The offensive line is bad and the offensive weapons are slim, so it is time to start the Bills defense on whim.

Brees has not looked like his former self this year and part of this is due to him missing his number one receiver, Michael Thomas, who just recently tweaked his hamstring, putting his status for Sunday in question. A hobbled Thomas or no Thomas won’t make a difference for a quarterback unwilling to take shots down the field against a top five defense against the pass. Brees needs to show us he still has it before we play him with limited weapons in a bad matchup.

Damien Harris is healthy and demanding touches in this backfield from Sony Michel. It’s a timeshare most of us do not desire to be involved with, but some of us are forced into it. This week the crowded backfield (including the aforementioned running backs, James White, and Rex Burkhead), face a top five rushing defense in what may be a battle of the defenses. It is unknown who will emerge as the running back to have in this offense until things clear up a bit, but it will only get muskier after this one. Stay away.

Jeudy has flashed this year but is still establishing a rapport with quarterback Drew Lock. Jeudy had a few drops last week and is seeing fewer targets in a Lock-led offense. That should change in the weeks to come, but not this week as he faces the Chiefs secondary, allowing the fifth-fewest points to opposing wideouts. The Broncos will need to find another way to win and slow the game down to keep the ball out of the hands of Mahomes, this won’t be accomplished by throwing the ball often.

Detroit is allowing the second-fewest points per game to the tight end position, and although Hurst is seeing some valuable usage in this offense, he has shown us he can disappear just as easily. In a tough matchup and a healthy Julio to take away targets, I’d look elsewhere for a tight end with a friendlier matchup.