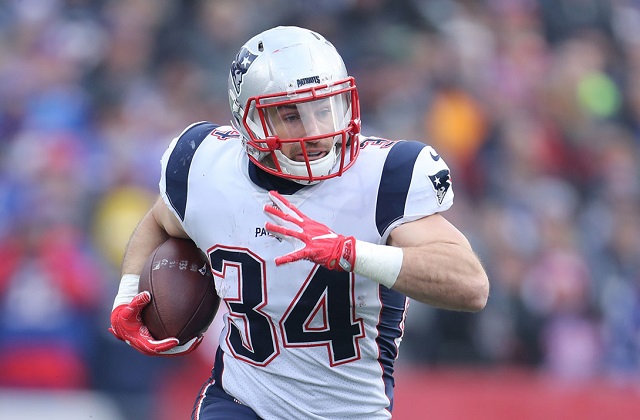 Ah yes, week 8 of the NFL season is upon us. Waiver wire targets are heating up again and I’m here to provide you with players who actually might be available in your league. Just last week I read another article on who you should target on the waiver wire… their first suggestion was Tevin Coleman… who was 83% owned at the time. Below are my picks for your team this week and beyond, good luck.

Coming out of nowhere to basically steal the job away from Kenyan Drake and Kalen Ballage comes Mark Whalton. Since the week 5 bye, Whalton has carried the ball 20 times for 98 yards for a healthy 4.9ypc average as well as reeled in 6 catches for 35 yards. I would bet his workload and production continues to increase going into a Monday night matchup against the Steelers.

With Kerryon Johnson expected to miss some time with a knee injury, Ty Johnson moves into the lead back role. Johnson has been less than impressive in a complimentary role; however, the Giants have given up the 4th most fantasy points per game to opposing backs and were just dominated on the ground by David Johnson’s backup, Chase Edmonds. Pick up Ty Johnson and plug him comfortably in your lineup.

This is the second week this season I have recommended Burkhead. Last time, he went on to score 15 points, this time… it could be even more. In a matchup this week against the Cleveland Browns, expect Burkhead to put up numbers. The Browns are coming off a bye week, but I can’t help but remember them giving up 170 yards on the ground to Chris Carson and the Seahawks, and 275 on the ground to Tevin Coleman and Matt Breida against the 49ers. What do these three backs have in common? They typically run out of the shotgun. With Sony Michel primarily taking handoffs out of the pro style offense and James White being utilized as the pass-catching back, expect Belichick to exploit the weakness and get Burkhead plenty of touches.

Stills reeled in 4 catches for 105 yards this past Sunday in a loss to the Colts. These numbers were in large part to Houston’s other deep threat, Will Fuller, going out with a knee injury. With Fuller expected to miss time, Stills steps into a role opposite DeAndre Hopkins and will figure to be a big part of the passing game going forward. It also helps that they are playing Oakland this weekend, who are surrendering the 4th most points to fantasy receivers in the league. Side Note: If Stills is claimed, target Keke Coutee.

Brown has put together two nice games in a row as the 3rd – fringe 2nd – option in the Seahawks receiver core. With Russell Wilson having an MVP-caliber season paired with a matchup against the Atlanta Falcons on turf, pick up and plug Brown into your starting lineups.

Rudolph has been one of the most frustrating fantasy players to me every single year. It seems like he has the talent to have a break-out campaign, but it never seems to come. With Minnesota’s offense hitting on all cylinders and Kirk Cousins actually looking like he deserves that crazy contract, that could all change. With 9 targets in his last two games compared to 8 total in his first 5, consider Rudolph as trending up in a thin position.