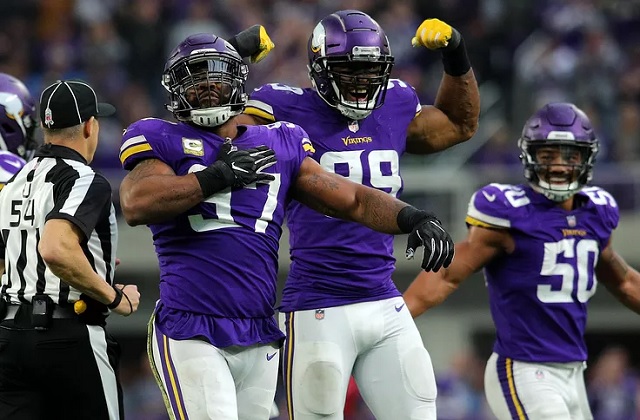 Here are Ben's other NFL Trends articles: Ds vs QBs | Ds vs RBs | Ds vs TEs

During Week 4 of 2015, I was in dire need of a flex in a 12-team standard scoring league. So I dug into the waiver wire and settled on Jaguars’ WR Allen Hurns against the Colts. His counterpart, Allen Robinson, was going to draw the tougher match-up against corner Vonte Davis, so I liked Hurns chances.

That day Hurns went on to have a solid game, posting 11 catches for 116 yards and a touchdown. From then on, I tried to roll with whatever #2 WR was going up against the Colts in season-long and DFS.

In 2015 if you added up what #2 WRs did against the Colts, then you would have yourself the 7th ranked WR in standard scoring and 12th in PPR. That was the equivalent of adding another Doug Baldwin or Calvin Johnson to your team. So here are some trends from 2018 to know...

The Eagles are a curious case to watch in 2019 because their secondary is often injured. If healthy this year and in tandem with an excellent front seven, Philadelphia should improve.

The Packers are another team that should improve by the end of 2019 after adding play-makers to the line and secondary through the draft and free agency.

The Browns will be a better team yet could still be a team to target through the passing game. They are expected to be leading in more games this season, meaning more pass attempts against a talented but still very young secondary.  Also schedule-wise they have to face Russell Wilson, Tom Brady, Ben Roethlisberger twice, plus youngins Lamar Jackson twice, Josh Allen, and Kyler Murray. As well as... Kyle Shananan’s 49ers and Jared Goff’s trio of wide receivers.

The lesson here is simple... elite cornerbacks and safeties are to be avoided.

The two exceptions belong to the Colts and the Raiders.

While Oakland has invested in their secondary through the draft providing some talent, they are much more vulnerable via the rush. So their success against the pass makes sense.

On the other hand, the Colt’s success has been lead by GM Chris Ballard’s eye for talent and Defensive Coordinator Matt Eberflus’ scheme, so it will be interesting to see if their luck continues in 2019, without Andrew Luck.

Questions, comments, suggestions, and other feedback on this piece are always welcome. Follow me on twitter @b_muell for memes as well as my takes on the Skins, Caps, Terps, and O's.