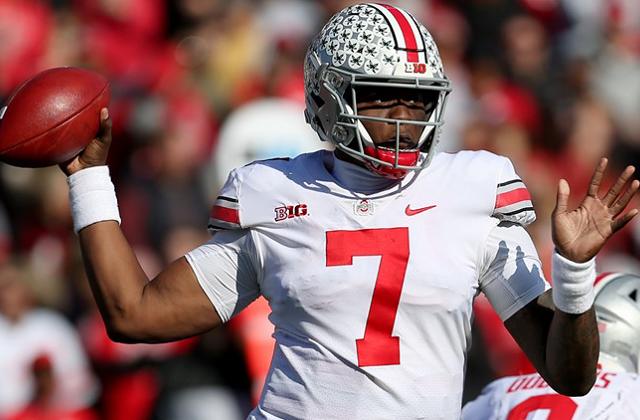 Ohio State star quarterback Dwayne Haskins made it official Monday when he announced that he intends to enter the 2019 NFL draft. After just one season of spectacular college ball, Haskins immediately jumps into the top spot and is likely to be the first quarterback taken in the draft.

Out of nowhere, the 6-foot-3, 220-pound redshirt sophomore took the nation by storm this season leading the Buckeyes to a 13-1 record and a victory in the Rose Bowl.

Haskins was named the Big Ten Offensive Player of the year after throwing 50 touchdown passes and piling up 4,939 yards of total offense breaking Drew Brees’s Big Ten record for passing touchdowns in a single season.

Haskins finished third in the Heisman Trophy race behind Oklahoma’s Kyler Murray and Bama’s Tua Tagovailoa and will give up his final two seasons of eligibility. Haskins has no clear-cut competition as the top quarterback prospect in the draft after Oregon’s Justin Herbert decided to stay in school for his senior season.