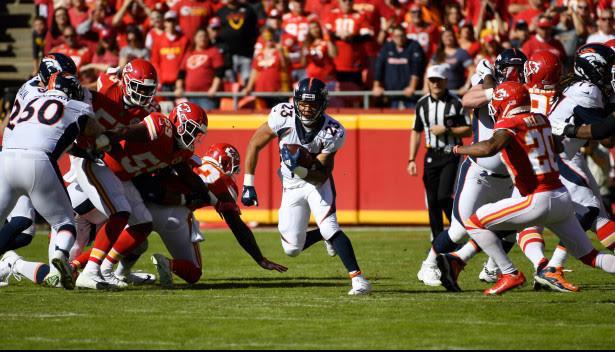 I wrote last week about how I thought Roberts was a Raider to add. That showed this weekend. Jordy Nelson, Brandon LaFell  Roberts saw no more than four targets each; Derek Carr has been Captain Checkdown this year. But since the beginning of the season, Roberts has been Carr’s go-to receiver down the field. Yet, he's not owned in even 1 percent of ESPN leagues. Snatch him up before he becomes someone's WR3 on a championship roster.

Booker did plenty to warrant an add while Royce Freeman sat out Week 8 with an ankle injury, taking nine carries for 78 yards and adding four catches for 23 yards. If you are a Freeman owner or someone looking for a bye-week fill-in, Booker could be a great flex play in PPR leagues. Phillip Lindsay is the lead back in Denver, but Booker still saw more targets than him last week and is available in 88 percent of ESPN leagues.

Adams, an undrafted rookie, saw the most rushing attempts of any Eagles back in London, gaining 61 yards on nine totes. The Eagles want a bell-cow RB and Adams can be that. He has the size -- 6-foot-2, 225 pounds -- as well as the past production to prove it; he rushed 206 times for 1,430 yards and nine TDs last year behind a great O-line at Notre Dame. He's on a bye this week, which I believe will play into his favor and that the Philly coaches will work him in more often going forward.

Moore has taken advantage of his time on the field since Week 4. He has missed only three of 14 targets, catching 11 passes for 221 yards and four touchdowns. He's averaging 20.1 yards per reception but is owned in less than 3 percent of ESPN leagues. He's the Seahawks wide receiver I want as he has recorded double-digit fantasy points in each of his past three games.

Other names mentioned before

He's back from his bye and is still owned in only 25 percent of ESPN leagues.

Parker had a good showing on Thursday, catching six passes for 134 yards. He, like is taken in only 25 percent of ESPN leagues.

Another Name to Watch

With Will Fuller done for the year due to an ACL tear and Keke Coutee dealing with a balky hamstring, the Texans need a body at WR. They added a big one Tuesday in the form of former Bronco Demaryius Thomas, but if you are in deep leagues, keep on eye on this UDFA who has a good player profile.