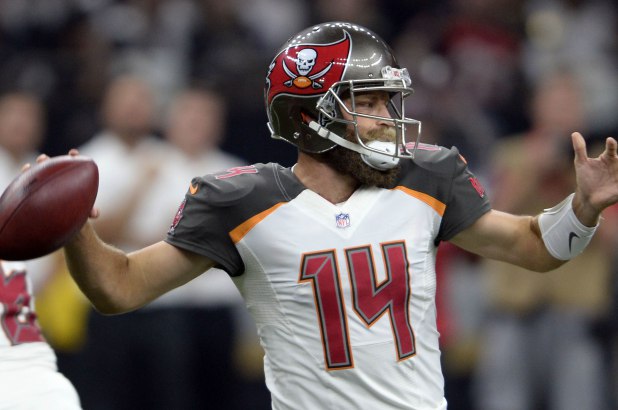 The Patriots held Michel out on the first drive of Sunday's game in Jacksonville in favor of Rex Burkhead and quickly fell behind. Michel ended up leading the Patriots in carries, but the big early deficit and the Jaguars' stiff defensive front led to an ineffective day for the whole offense. The Patriots have to run the ball this year to have a productive offense, and head coach Bill Belichick knows this first-round pick is the best back to do that against a Detroit Lions defense that ranks 29th against the rush through two games. KEEP Michel, who will try to break out in his second NFL game in Week 3.

With the return of Michel, Burkhead was limited to just six carries against Jacksonville. But since the Patriots fell behind early, Burkhead must have gotten work in the passing game, right? Wrong. He didn’t play in the second and third quarters and saw zero targets for the game. Even though his Week 3 opponent, the Lions, are getting crushed by pass-catching backs, CUT Burkhead as the Patriots are clearly favoring James White in that aspect, and Michel is the more talented runner. I’m not waiting around for a decent game or two from Rex.

Head coach Ron Rivera is committed to Christian McCaffrey as the every-down back in Carolina's offense. CUT Anderson because he isn’t worth stashing unless you’re a McCaffrey owner. C.J. has totaled only 10 carries in two games thus far. There are better weekly options out there.

Similar to last week when Chris Godwin was on my acquire list, I have no reason not to buy in to Ryan Fitzpatrick and the Bucs' offense. Fitzpatrick is sporting not only a lumberjack beard but three receivers who are starter-worthy in fantasy. Will Jackson become inconsistent, as his history shows? Yes, more than likely. But so far, Jackson has torched two very solid defenses and now gets to face the  Steelers, who, as we know, were abused by Patrick Mahomes and the Chiefs in Week 2. ACQUIRE Jackson if he is still available in your league -- and every other offensive Buccaneer while you are at it.

Joe Flacco received a whole new wide receiving corps in the offseason, and Brown has been his favorite target through the first two weeks. Unbelievably, Brown is owned in only 25 percent of Yahoo leagues. I assumed that number would be higher since I drafted Brown myself, but regardless, he should be given strong flex consideration for his upcoming favorable matchups. ACQUIRE Brown, who can make plays anywhere on the field and has had the best connection with his new QB.

Look, I know Jay Ajayi is the lead back and the Eagles' schedule isn’t great for a running back. But this offense will get a much-needed boost with the return of star QB Carson Wentz. Clement took advantage of his usage this past week, taking 11 total touches for 85 yards and a TD. Darren Sproles was inactive for the game due to a hamstring issue but head coach Doug Pederson loves seeing Clement standing next to Wentz in the shotgun and having every play on his call sheet available to him. ACQUIRE Clement, who should continue to see plenty of playing time in this offense that suddenly desperate for playmakers.

Further questions? Get at on Twitter -- @ajsports4u_ASL -- for answers and I may feature your player on next week's Keep, Cut, Acquire.