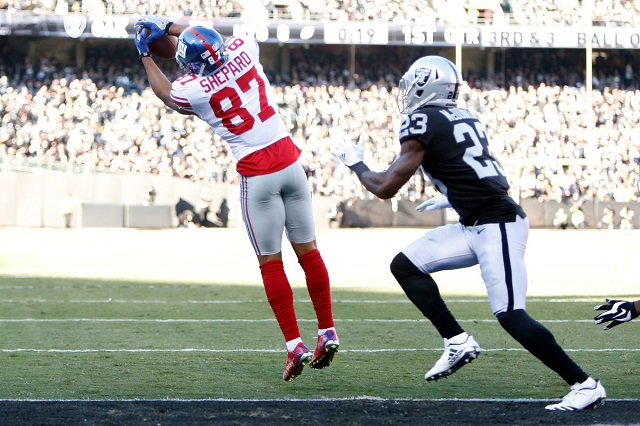 Is RB Chris Ivory next up for Buffalo Bills?

The Buffalo News' Jay Skurski wrote this week that Ivory "would be the first option" in the Bills' backfield if LeSean McCoy is suspended or released in connection with the allegations of domestic, child and animal violence he is currently facing.

Fantasy Take: Let me start by saying that a discussion regarding the fantasy football impact of McCoy's situation feels so incredibly frivolous. But this is part of the job, so without losing sight of the gravity of the allegations, let's talk about Chris Ivory. He's a pretty known quantity as he enters his age-30 season. He breaks tackles. He grinds out yardage. He can be a goal-line option with his 223-pound frame. He gets bit by the injury bug often. He's become a pretty sufficient receiver, but with Travaris Cadet also on the roster, I wonder if Ivory would be an early-down-only back. He's worth drafting late right now because of the chance that he could be Buffalo's lead RB for a portion of this season. But even if he is thrown into that kind of role, he will still be just a low-end RB2 flex option who will probably need to notch a touchdown to garner double-digit points in standard leagues. It doesn't help that Ivory would be surrounded by perhaps the worst supporting cast of skill players in the NFL.

Pass-catching has never been a priority for Howard. He caught just 24 balls during his college career and has hauled in fewer than 30 passes in each of his first two seasons. Howard knows he's not a great receiver, but he's working on it.

"It started being a problem in high school, just not having my hands in the right position," he told The Chicago Tribune recently. "I didn't work on it that much in college because we didn't really throw to the backs that much. But I'm going to fix it."

Fantasy Take: Tribune reporter Dan Wiederer sounds skeptical that a major change in Howard's game is forthcoming, and fantasy owners should be equally wary. We hear stories like this all the time during the summer. "[Player] is working on [skill] to improve their game. But of course they are; if a player isn't trying to improve during the offseason, what's he doing anyway? The fact is that Howard is nowhere near the weapon that Tarik Cohen is in the passing game. Cohen recorded 53 receptions in his rookie season, and I think that number will rise in 2018. Howard will be involved as well, but I doubt he'll catch more than 35 passes this fall. Don't use that headline to upgrade him in PPR formats.

Manning commented this week that the second-year wideout had a great spring camp and that "he's primed for a big year. And I've been really impressed by his work ethic."

Fantasy Take: I agree. I wrote a few weeks ago about how Shepard is a bargain in a lot of drafts right now. You can read my thoughts on that here.

Although a handful of teams were interested in his services, the free-agent running back announced his retirement Friday after seven seasons in the league.

Fantasy Take: I wouldn't doubt that the 30-year-old Murray would come out of retirement if the right situation presented itself either during the preseason or regular season. But as it is, Murray heads home after a career full of peaks and valleys. Injury-prone throughout his time, Murray was one of the best RBs in the NFL whenever he was able to stay healthy. This was never more true than in 2014 when Murray was the No. 1 player in fantasy football as he totaled more than 2,200 yards from scrimmage and 13 scores with the Cowboys. He turned in another RB1-level campaign in 2016, but I have to believe that one standout season in which he had nearly 500 total touches hastened the end of his career.