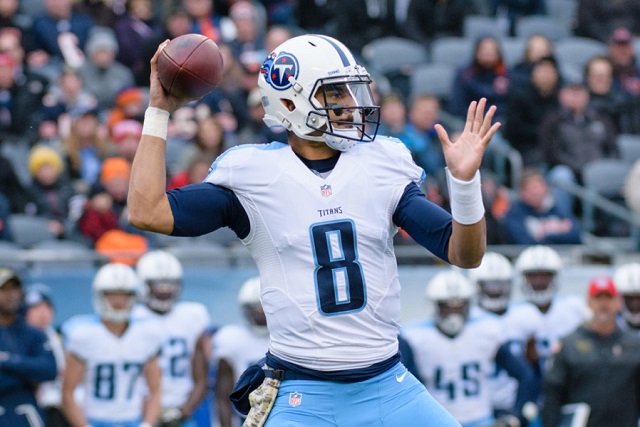 It's hardly dawn in fantasy football draft season. I always tell people to postpone their yearly and keeper league drafts as long as possible to keep from seeing their rosters impacted by the inevitable rash of preseason injuries. Still, I fully understand that the urge to draft is strong, especially as we get into July, when training camps are mere days away from opening. With that said, here are three players who could be possible steals if you're drafting in the coming weeks.

One of the most efficient wideouts last season, Shepard hauled in 70 percent of his targets last year. His ending stat line -- 59 catches, 731 yards, two scores -- can be both understated (he missed five games due to injuries) and overstated (he was basically the Giants' only healthy and dependable WR option at times last season). However, he's being drafted as a back-end WR4 right now, well past pick No. 100. Even with Odell Beckham Jr. back in the picture, Shepard is the clear No. 2 wide receiver in an offense where he is going to play both in the slot and out wide. He's going to create a lot of mismatches that way. I look at Shepard as a slightly poorer man's Golden Tate, but one with more big-play ability. There's no reason why those two players should have a near-60-pick gap between them as they do right now.

I can't stop talking about Lamar Miller. He's being so overlooked in drafts, it's ridiculous. Please understand the RB depth chart in Houston: It's Miller backed up by an injured D'Onta Foreman, a strictly average Alfred Blue and a couple of completely unproven, low-ceiling players in Tyler Ervin and Troymaine Pope. The latest on Foreman is that he may not be ready for Week 1, but considering that he tore his Achilles tendon in November, I'd be surprised if he was actually 100 percent before Houston's Week 10 bye. This is Miller's backfield, no question about it. And remember that when Deshaun Watson was starting for Houston from Weeks 2-8, Miller averaged 15.4 fantasy points per game in PPR formats. He ended last season as a top-16 back in standard and PPR leagues, but he's being drafted right now like a fringe top-25 RB. He's a total steal at the moment.

I'm a believer in Mariota's hopes for a bounce-back campaign. The Titans' offense last year was a clunky product with a scheme that was 5-10 years past its expiration date. The Titans' new offense, under OC Matt LaFleur, promises to contain more big plays and downfield shots. Mariota has a nice cache of receiving weapons, including the reliable Delanie Walker, a capable pass-catcher out of the backfield in James White Dion Lewis, and a healthy Corey Davis, who I still think is going to be a stud in this league. Add in that Mariota's rushing skills will continue to complement his passing stats well, and you've got a fantasy QB who should be sitting much higher on the ADP chart than No. 20 at his position.