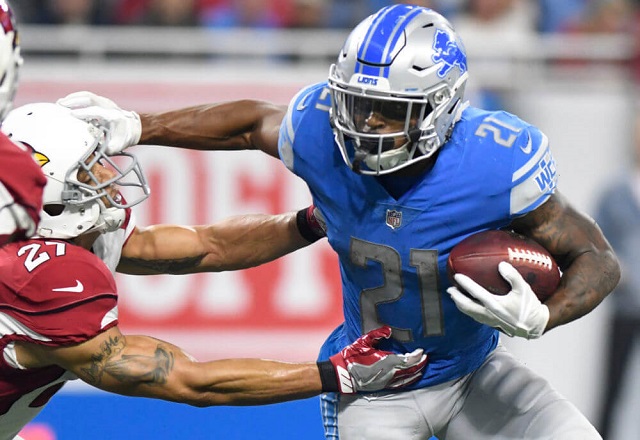 Here are three players who may not have a job come the end of training camp or the end of 2018. What do you think? Who are your make-or-break players?

I was super high on Parker last year, as you can read here. In short, I thought Parker would be a top-20 receiver with Jay Cutler at the helm. Well, that didn’t happen. He would go on to post 57-670-1 stat line and finish as the No. 57 WR. The offseason coach talk has already started with Parker, as head coach Adam Gase has blamed his down year on ankle woes. The Dolphins did pick up Parker's fifth-year option, costing them $9.4 million if an injury happens and Parker can't pass a physical next year.

Parker has yet to eclipse 800 yards or five touchdowns in a single season. Yet, people are still high on him every year. With Jarvis Landry and his 161 targets from last season gone and Ryan Tannehill back, this would be the year for Parker to take the next step. It won't be easy, however, as Kenny Stills and new additions Albert Wilson and Danny Amendola should see their fair share of targets.

If Parker doesn’t take that big leap this year, I fully believe the Dolphins will cut their losses at season's end and look to draft one of the studs coming out of college in 2019.

Talk about someone who just won’t go away. Eifert signed a one-year deal in March worth a max value of $8 million to remain a Bengal. Before he signed, he said his surgically repaired back was fully healed. Then OTAs rolled around and he was reportedly running at "half speed." Head coach Marvin Lewis then came out and said he didn’t know if Eifert would be ready for training camp.

When Eifert has been healthy -- which hasn't been often as he's played only 24 games since his 2013 rookie year -- he's been a great red-zone weapon. He has scored 18 times in his last 23 games, including 13 touchdowns in 2015. Before he got hurt in 2016, he had posted a strong 29-394-5 line through eight games. Eifert's injury proclivity is getting to the point where his next one may signal that it's time for him to just hang up the cleats. Let's hope this is the year he can stay healthy and become a great weapon for Andy Dalton.

If Eifert does show up to training camp and can’t go, I believe the Bengals could just give up and cut him. They have a proven backup in Tyler Kroft, who has filled in admirably in Eifert's absence.

Abdullah is another oft-injured player, having played only 16 games since his 2015 rookie season. In Ameer’s rookie season, he tallied 1,857 all-purpose yards and three touchdowns, but more than a 1,000 of those came on kick returns. His sophomore season was a wash as he lasted just two games before going down due to injury. In 2017, he had the chance to win the starting job and was looking great in training camp, but when it came to game time, Ameer couldn't make it happen. He went on to rush for 552 yards and four touchdowns on 165 totes while catching 25 balls for 162 yards and one touchdown.

A new coaching staff has come in and signed hard-hitting plodder LeGarrette Blount and then drafted highly touted rookie Kerryon Johnson. The Lions are now loaded at running back with Theo Riddick and Zach Zenner also on the depth chart. One of these players will most likely get cut. Abdullah's best bet to make the team will be on special teams as he waits for an injury to clear a spot in the backfield. Blount will most likely take the early-down and goal-line work, but Johnson could have a leg up on winning the job due to his draft pedigree.

As a holdover from the old regime and carrying injury concerns, I feel as though Abdullah is on the outside looking in. Look for him to be a surprise cut by the end August. Maybe a change of scenery could help his play.