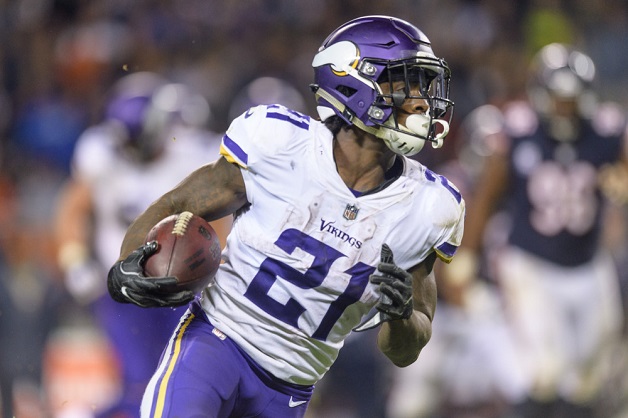 Last week, I referred to NFL free agency as a garage sale. I know many of us would identify a garage sale as an event where someone tries to monetize things they would otherwise throw away.

Yes, many NFL free agents have indeed been determined for one reason or another by teams to be easily replaceable. Just look at players such as Jonathan Stewart, LeGarrette Blount and Doug Martin, whose fantasy values are likely to rapidly decline over the course of the 2018 season.

This week, I am going to look at some players who were picked up by new teams and could have a big fantasy effect. I will discuss them on a talent basis and look at some other strategies we can use to help us win.

Across the board, these players are soaring in value. This time of year, most people in re-draft leagues and even dynasty leagues are not really paying much attention. That gives you the edge.

With a QB like Cousins, I would test the dynasty trade market. See what others will give you just out of curiosity. Bear in mind that the point differential last year between QBs ranked 3-13 was less than three points per game. That means there is one solid starter available for every fantasy team in a 12-team league. That is why I would at least see what I can get in a trade. I would not try to trade for Cousins; his cost would far exceed his value.

Playing with Stefon Diggs, Adam Thielen and Dalvin Cook, Cousins could move close to the top of the QB rankings. He finished at No. 10 last year with an offense that is not even close to what he has now in Minnesota.

McKinnon showed some talent when he got to play last year. He has been a career backup in general, but when Cook went down with a knee injury and Latavius Murray was not ready to step up, McKinnon did well with his shot.

However, when Murray was ready, he got the job. McKinnon could do well in the 49ers' offense. Everyone says he will be great. I won't go that far as Matt Breida and Joe Williams are lurking in the shadows, but I would play up the threat of Breida and Williams in an effort to obtain McKinnon. At worst, he should be a solid third-down back. I see him as a James White- or Chris Thompson-type with upside.

Gabriel has an opportunity to shine in a rebuilt Bears offense. He is one of my favorite signees. It's a good time to try to acquire Gabriel now that he is no longer overshadowed by Julio Jones and Mohamed Sanu. I look at him now as a low-end WR3 or high-end WR4 with an upside.

I LOVE Hurns! His career got off to a red-hot start in 2014, and he and Allen Robinson looked like one of the best WR duos in the league in 2015. Then, as luck often turns, Hurns got hurt and spent 2016 and 2017 plummeting down the depth chart.

Now he is joining Dak Prescott and Ezekiel Elliott in what could be a potent offense. The Cowboys are likely to rid themselves of Dez Bryant and add another wideout or two through free agency and the draft.

After a wasted attempt at being a pro QB and then a year out of the NFL, Pryor's career was reborn in Cleveland, where he had a great 2016 season as a wide receiver. But he was horrible in Washington last year, thanks in part to an early-season ankle injury that hampered him throughout.

He could have a good fantasy year in New York as the Jets' receiving corps is thin. No. 1 WR Robby Anderson is facing a bevy of charges, including multiple felonies, and is likely to receive NFL discipline at the very least. If he stays healthy, I see Pryor as a WR4 with some upside.

Just as Richardson was starting to develop, the Seahawks let him go. Look for him to fit well with Alex Smith. I think Richardson will vastly improve in 2018. He will start out as a WR4 in fantasy, but he carries huge upside.

Wilson has always been a “could be” kind of player. He has never really done much, but he is loaded with potential. He is worth a late-round pick as a WR5. He could be a bargain or a bust, but he shouldn't cost you much. Do not overspend for him.

Buy! Buy! Buy! The Bears' new offense is modeled after Kansas City’s, and Burton is playing the Travis Kelce role. Relative to where he should rank in TE scoring, he could be one of the best steals in your draft. Grab him if you can.