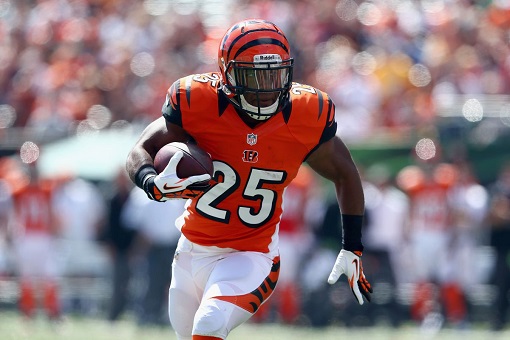 Let's open this column with something quick and easy: Please CUT Reed. He is still owned in about 75 percent of ESPN leagues and more than half of all Yahoo leagues. Stop holding out hope. I'm not sure why Washington just hasn't shut him down for the year already. Before Week 13, the Redskins could hide behind the flimsy excuse that they are trying to keep their opponents guessing. But they are now a 5-7 team that's playing out the string, and Reed hasn't practiced in nearly a month. Washington has nothing to play for and no reason to risk yet another setback with Reed. Quit allowing him to hog a roster spot, especially during the fantasy playoffs. I would be genuinely surprised if he plays another game this season.

If you are still struggling at tight end without Reed and need someone to provide some stability, ACQUIRE this rookie. A converted wide receiver, Seals-Jones has burst onto the scene over the past three weeks with three touchdowns. He is averaging better than 50 yards per game -- a respectable total for a non-elite TE -- and is seeing 5-6 per game. Upcoming matchups versus the Titans and then especially the Redskins and the Giants, Seals-Jones will likely made a few more visits to the end zone before the year is out.

Our A.J. Schreiver told you last week to acquire Gordon. That's the least you could have done. Playing him in Week 13 -- after nearly three years between regular-season NFL games and facing a strong Chargers pass defense -- would have taken some guts. However, head coach Hue Jackson said Gordon would be involved often in his 2017 debut, and he was telling the truth. Gordon saw 11 targets and although he caught only four of them, he came away with 85 yards. An elite big-play threat, Gordon made it clear Sunday that those skills remain. Now, it's not only time to acquire Gordon; you need to KEEP and likely start him. I'll probably be doing the Week 14 wide receiver rankings for ASL, and while I don't know exactly where Gordon would slot in right now, I think he'll definitely be in the top 30 versus the Packers, perhaps higher. His upside is immense. The only thing fantasy owners could ask for is fewer wayward passes from quarterback DeShone Kizer. if Gordon can just get the ball in his hands, special things will happen.

Bernard may be the last man standing in Cincy. With Jeremy Hill already done for the season and Joe Mixon currently concussed, Gio has decent odds of being an every-down player in Week 14 versus the Bears. He has been an afterthought for much of the season, but his 12 percent ownership in Yahoo leagues should skyrocket given the Bengals' backfield situation now. Obviously, Bernard's upside will take a hit if Mixon clears the league's protocol in time to face Chicago, but for now, it is a must that you ACQUIRE Bernard. The only other currently healthy RB on the Bengals' roster is rookie fifth-rounder Brian Hill, who has yet to touch the ball in three games this season.