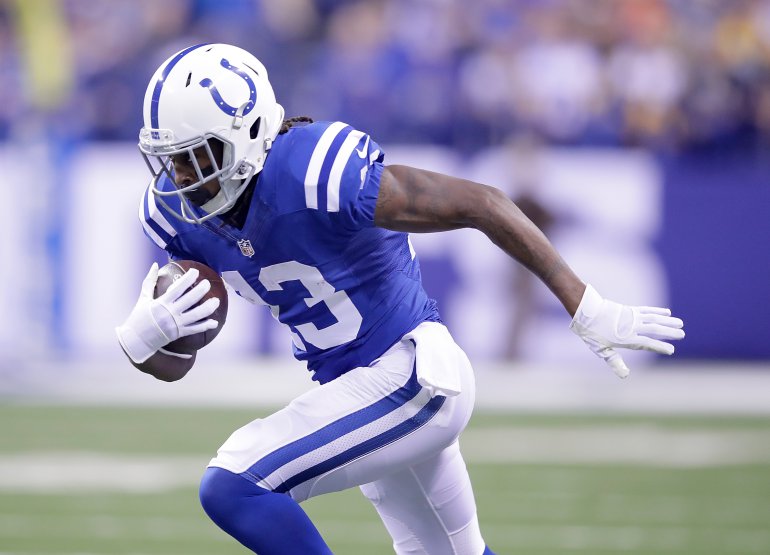 A week after trading T.Y. Hilton, I admit that I am still sick to my stomach. Hilton has been the most inconsistent player during the course of the entire NFL season, but he came to life during Week 9, just days after I traded him, hauling in five of nine targets for 175 yards and two scores. Thanks, T.Y. Great work. Hilton has been a bust all season long except for three great games against three bad defenses: Cleveland, San Francisco and Houston. Hilton will go back into the basement this week when the Steelers come to town, making him the BUST of the week. The Steelers have the second-rated pass defense in football and after being nearly shut out by Tennessee, Jacksonville and Cincinnati, Mr. Inconsistency will be put back out of business by the Steelers.

It’s been tough sledding for Redskins quarterback Kirk Cousins during the past two weeks and things are NOT likely to get any better during Week 10 with a visit to the Minnesota Vikings. Cousins threw for 247 yards last week but failed to find the end zone and lost a fumble. So even though the 'Skins found their way to victory, fantasy owners took that one on the chin. Enter the Vikings' pass defense, which has not allowed any quarterback to score more than 11 fantasy points since Week 3, and you have a problem. From Weeks 3 through 7, Cousins was money when it came to breaking the 20-point mark in fantasy. Since then, he’s barely been worth pocket change.

Ageless Cowboys tight end Jason Witten has had his ups and downs this season, but a Week 10 road trip to Atlanta spells bust for fantasy owners. The Falcons possess a top-10 pass defense and are especially hard on tight ends, allowing only 9.7 PPR points per game to them. Witten may carry some upside if Dez Bryant is forced to miss this game due to injury, but that may not matter in the end. Coming off a one-catch, 5-yard performance, Witten could be a bust again this weekend.