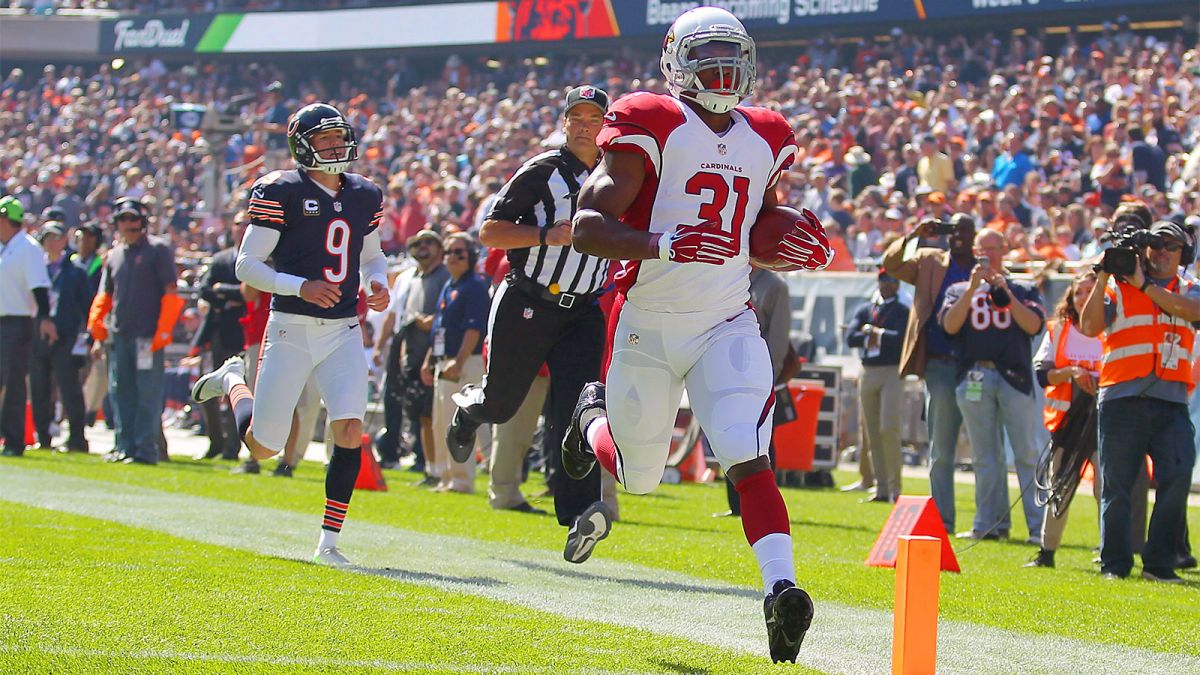 Is it too early to talk about fantasy football for 2017? Probably, yeah. But hey, a little (very) early preparation never hurts. One note before we get into these rankings: Injuries are a fact of life in the NFL, especially at the running back position. So just add the words "health permitting" to each entry because almost every running back has an injury concern. Those words should just go without saying.

There's a pretty clear top tier at running back, and I think Johnson is the pretty clear No. 1. His Week 17 knee injury was nothing too serious and if you take out that game, Johnson scored double-digit points every week. He is a fantastic receiver and there's no reason to believe the 25-year-old can't repeat his stellar 2016.

I think Bell is the best all-around back in football. In standard leagues, he was the fourth-most productive back despite playing in just 12 games. He was an incredible workhorse, averaging 28 touches per game this season and is still a month away from his 25th birthday. He is not atop this list for one reason: The realistic possibility that Bell's fantasy value could quite literally go up in smoke with his next substance-abuse violation cooks a little more risk into his stock.

Elliott is absolutely set to be a fantasy stud for a long time. Teamed with a young, versatile quarterback, a true No. 1 wideout and the best offensive line in the league, Zeke will be putting up gaudy numbers consistently. However, he's a clear step or two behind Johnson and Bell in the pass-catching department right now. He should improve that facet of his game in time.

Most people will say there is a Big Three at this position, but I would argue that you should make room for Howard to make this more of a Fab Four. Consider that he compiled more than 1,600 yards from scrimmage in only 13 starts while playing with different quarterbacks and a completely mediocre O-line. And he did it as a rookie. As the Bears upgrade the pieces around Howard, he should post great numbers again this fall.

This is where it gets tricky. Players who are lower on this list have a higher ceiling than Shady, but you can't knock his consistency. Whenever he plays 16 games, McCoy seems like a lock for 1,200-plus rushing yards and decent receiving contributions. His 14 touchdowns this season were a five-year high. Hopefully, the Bills' new regime keeps using him as Rex Ryan and company did.

You could argue that Ajayi doesn't deserve to be in the top 10 because his 2016 fantasy success was propped up by his three 200-yard performances. But don't forget -- he had three 200-yard performances! Don't gloss over that. A tackle-breaking machine, Ajayi has the look of a true workhorse. At worst, he'll be a high-floor commodity. He can jump into the top five if he hones his receiving skills.

Gordon blossomed once Danny Woodhead suffered yet another season-ending injury, taking on more work in the passing game. However, that role will probably diminish with the high likelihood that the Chargers bring in a typical third-down back. Plus, after two seasons with a sub-4.0 yards-per-carry average, Gordon's 2016 value was almost solely based around TDs. The good news is he is the team's clear lead back and will most likely keep getting those goal line chances.

The next two names on this list deserve their rank despite being in a committee. Tevin Coleman is a real threat to Freeman's production, but Devonta is probably going to keep getting 15 or so touches per game (he averaged 17.6 this season) and is a good bet to surpass 10 scores for the third consecutive year as the backfield leader in a dangerous offense.

Murray proved a lot of people wrong in 2016, finishing as fantasy's No. 5 RB and playing 16 games in the process. If he does that again, this slotting will look proper. However, Derrick Henry's role is bound to grow, and he's already a factor in the red zone. Plus, owners can't forget about Murray's lengthy injury history.

Workload. Only Elliott, Murray, Johnson and LeGarrette Blount had more carries than Gurley this season. Yeah, he averaged just 3.2 yards per carry and seemed to lose some of his burst from 2015, but the Rams' offense and offensive line can't possibly be worse in 2017 ... right? The Georgia alum will continue to be an every-week focal point for L.A., and if he gets as much work next season, he should easily surpass his 1,212 total yards and six touchdowns from this disappointing campaign.