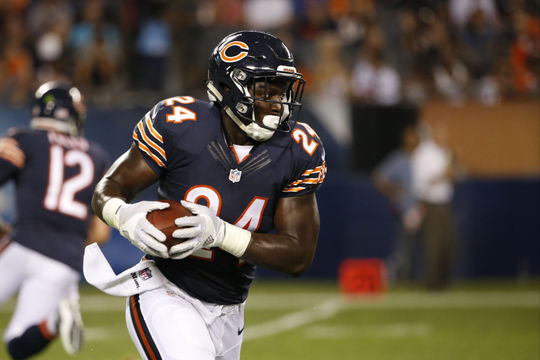 Fantasy Football: Players With The Best Matchups in Week 13

The matchups say to give these players the green light in Week 13. But do you trust them?

The Falcons, although they have given up just three passing touchdowns over their past three games and 12 in their past eight, are still allowing the most fantasy points per game to QBs. Smith hasn't thrown for multiple touchdowns in a game since Week 7 and has done it just thrice all season. It's nearly impossible to recommend such a conservative quarterback with so little arm talent. If you're looking this deep for a streamer, perhaps take a gander at the guy facing the defense that is the second-most friendly to quarterbacks: Ryan Fitzpatrick. He faces the Colts, who have allowed at least two passing scores in every game but one since Week 4. That one outlier? it came from Alex Smith.

The 49ers have reclaimed the top spot in allowing the most fantasy points to wideouts, although there are a number of teams in the hunt, nearest of which, surprisingly, is the Chiefs. But for now, San Francisco reigns, so which Bears wideout do I like most? It's difficult to depend on anyone, but Wilson stands out after his eight-catch, 11-target, 18.5-point day against the Titans. He is a worthwhile plug-and-play WR3, even with Matt Barkley calling the shots. I wrote more about Wilson here.

Howard, unlike Smith and Wilson, is an absolute must-start in Week 13 thanks to his awesome matchup against, of course, the 49ers. No matter how much the Bears reek, Howard has garnered 84 touches and has averaged 14.2 fantasy points over his last four games. So here come the Niners, who continue to stand pretty defenseless against opposing RBs. The fact that Jay Ajayi came away with 11.6 standard-league fantasy points versus San Fran last was kind of a disappointment. That total should be easily attainable for Howard.

And to close out this column that has been largely about trust, we have the tight end who no one wants to trust. Fleener looks good in a uniform and is a part of a high-scoring offense. Then he goes out and makes some boneheaded play(s) that costs you. Sure, he'll pitch in a TD now and then; predicting that, even in the face of an awesome matchup versus the Lions, is wholly unpredictable. Yet, given the lack of quality depth at the tight end position, I assume there will be a good number of people hoping that Fleener can come through for them just once as a streamer. Detroit ranks first or second in catches, yards and touchdowns permitted to tight ends.