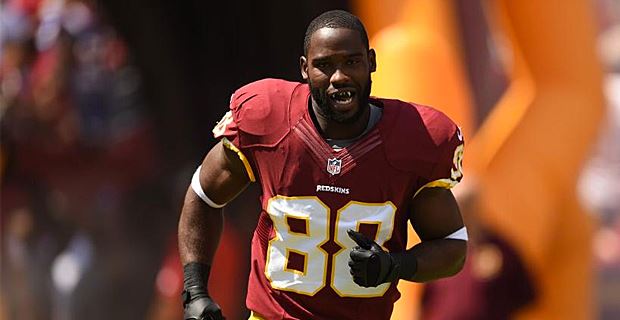 Week 11 was a painful one. Odds are your fantasy football team didn't escape unscathed. It's time to employ the "next man up" philosophy, just as they do in the NFL. Try out some of these players to fill the newly created holes in your roster.

LeSean McCoy underwent surgery Monday to set his dislocated left thumb, an injury that forced Shady to miss the second half of Sunday's win over the Bengals. Early reports have stated that McCoy should play in Week 12, but head coach Rex Ryan stopped well short of guaranteeing such a reality Monday. So, there's a non-zero chance of McCoy missing a game, which would create a tremendous opportunity for Gillislee. He has scored in four of his last six outings, is averaging 5.8 yards per carry for the season and would get a full workload versus the Jaguars' 23rd-ranked run defense.

The Eagles saw not just one but two of their running backs fell by injury Sunday. Darren Sproles fractured a rib, but he should be able to suit up against the Packers. The more worrisome injury belong to Ryan Mathews, who has a sprained knee. Despite Philadelphia is calling him day-to-day, the nature of the injury and Mathews' injury history combine to make him a good bet to be inactive on Monday night. That probably puts the ball in Smallwood's hands 12-15 times against a Packers defense that can't stop a tortoise from running by them right now. The rookie from West Virginia isn't as big as Mathews, but he is still a better early-down option than the diminutive Sproles. He gained 48 yards on 13 carries versus Seattle and added four receptions for 31 yards.

The rising Marcus Mariota is raising the values all receivers in the Titans' passing game. One of these pass-catchers is Sharpe, who has logged 68 yards and a touchdown in back-to-back games. The preseason star hasn't caught more than four passes in a game since Week 1. On the bright side, however, is that he has seen at last seven targets in two of the past three weeks and has surpassed 50 yards in three straight games. Sharpe is a low-ceiling possession wideout, but his floor is at least 50 yards right now. Throw in a great matchup against the moribund Bears in Week 12 and Sharpe is definitely a WR3 possibility.

Garcon is a middle-of-the-field possession WR like Sharpe, but he has been even better over his past three games, recording six catches in each and seeing his yardage total increase from 67 to 81 to 116. A Thanksgiving Day matchup against the Cowboys isn't overly favorable and with the return of DeSean Jackson, there are a lot of mouths to feed in D.C. -- Garcon, Jackson, Jamison Crowder, Jordan Reed, etc. Yet Garcon has become a stable WR3 in PPR formats and worth placing into your lineup if you are trying to cover for an injury or even Alshon Jeffery's suspension.

There is no replacing A.J. Green. Not for the Bengals and not for his fantasy owners. Sure, you can make a trade, but many leagues have seen their deadline to deal come and go. There is no equal for him on the Bengals' roster or your league's waiver wire. Boyd was the receiver who stepped up the most in Green's absence. The 6-foot-2 rookie caught six of eight targets for 54 yards and a TD versus the Bills. It was his best fantasy output of the season and his third-best game in terms of yardage. He, not Brandon LaFell, is the Cincy wide receiver I would want if I had to choose. Someone has to benefit in this WR corps, and I would rather take a chance on this second-rounder's upside. LaFell has never been anything special without Tom Brady.

If you're looking for a shot in the arm at wide receiver down the stretch, Watkins might be able to give it to you. Rex Ryan said Monday that he hopes Watkins, who has been out since mid-September because of a lingering foot injury, will be able to play in Week 12. If so, he will be on a very strict and short snap count. However, he can be an every-week WR2 when healthy and is available in more than half of all leagues. If you've got room on your bench to stash him, why not?

Look, I don't really want to endorse Cook. I know many of you are always looking for a tight end streamer, and the lead tight end, especially one with Cook's physical gifts, in a pass-heavy offense led by Aaron Rodgers can be very appealing. Just know what you are getting into here. Cook has been a major fantasy tease for years. He's big, athletic and can be a nightmare for linebackers and safeties in coverage. He's also as inconsistent as they come and just doesn't live up to his talents consistently. He flashed amazing ability late in the 2011 season while with the Titans, then flopped for most of 2012. In Week 1 of 2013, his first game as a St. Louis Ram, Cook had a 141-yard, two-score performance. He would score just twice more that year and top 50 yards only once after the opener. Many people will add Cook because any tight end who can put up more than 100 yards becomes immediately attractive on the waiver wire. Just do so understanding that you have likely already witnessed Cook's best game in 2016.