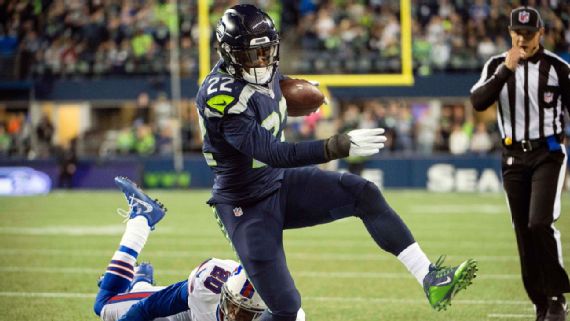 Everyone was expecting the worst from Cutler when he faced the Vikings two weeks ago, and rightfully so since the Minnesota defense had been outstanding to that point. But he played pretty well there and now takes on a Buccaneers defense that has given up back-to-back four-touchdown games to quarterbacks and the fifth-most points to the position overall.

The Giants have allowed just one passing touchdown with six interceptions in their last three games. They've permitted just seven passing TDs all year long. Unless Dalton scores with his legs for the third time in four weeks, he will likely leave you wanting more Monday night.

Landry isn't a true sleeper -- he's still a WR2/3 in all leagues -- but this is more of a call to those who have lost faith in him to throw him back into your lineups one more time. His matchup against the Chargers is merely OK; I'm paying more attention to his head coach and offensive coordinator, both of whom mentioned this week that Landry needs to get more targets. Look for him to get the squeaky-wheel treatment and be the focal point of the Dolphins' passing game.

A-Rob's disappointing season is likely to continue Sunday as he will see a lot of A.J. Bouye, the No. 1 cover cornerback in the NFL, according to Pro Football Focus. Bench Robinson even after he put up a 7-76-1 line versus Kansas City last week.

It all lines up well for Prosise to produce Sunday night. Thomas Rawls is out again, but Christine Michael may be out as well due to a hamstring injury. If he's inactive, Prosise would act as Seattle's lead RB in a game where the Seahawks are probably going to trail early. Pass-catching is Prosise's strength, and the Patriots have allowed the third-most receptions to backs. As long as Michael is out, Prosise is a sneaky RB2 with massive PPR upside this week.

You probably have to start Ware as at least an RB2, but don't expect the world from him against a Panthers defense that is fifth-best versus RBs in fantasy and has allowed just 3.3 yards per carry, tied for the lowest in the league. It also wouldn't shock me if Ware sees a little less than a full workload in his first game back from a concussion.

Look for Ertz to follow up his eight-catch, 97-outing in Week 9 with another strong game. That's because the Falcons have allowed the fourth-most fantasy points, the sixth-most receptions, the sixth-most yards and the third-most touchdowns to opposing TEs.

After Graham's incredible performance last Monday night, the Patriots will probably do everything they case to erase him from Seattle's game plan. That's what they do to an opponent's top weapon and they have been successful more often than not during the Brady-Belichick era. New England has allowed just two tight end touchdowns this season.