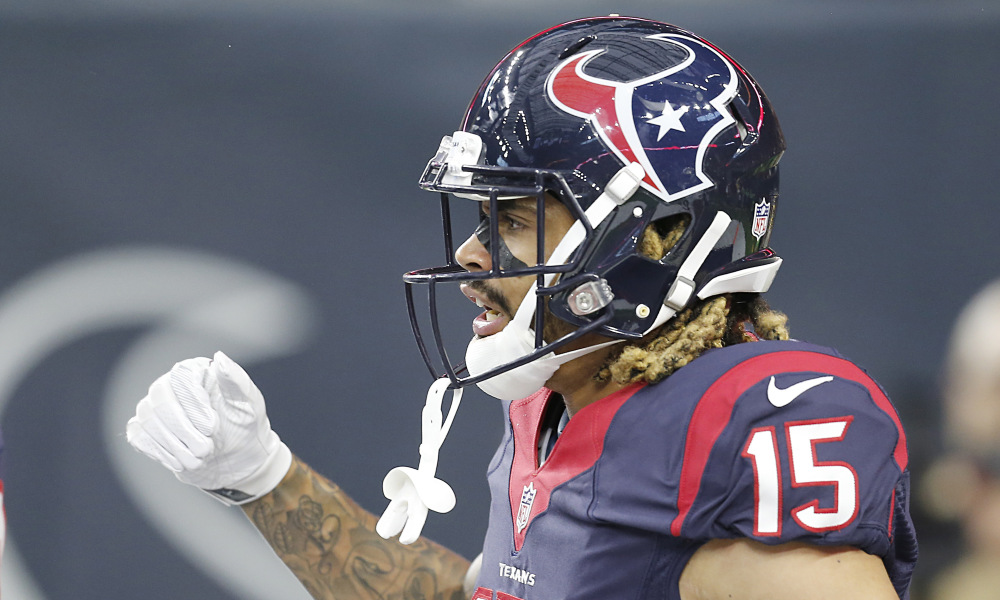 Fantasy Football: Week 8 Preferred Starts According To The Machine

The Machine from ASL was pretty spot-on with its preferred starts for Week 7. Jacquizz Rodgers and Tyrell Williams had big outings while Marcus Mariota gave you another solid stat line. Let's see which quarterback, wideout, running back and tight end The Machine likes more than the fantasy community consensus for Week 8.

There should be points aplenty when the Bucs face off against the Raiders this Sunday. It currently has the week's third-highest over-under (49.5), so you should try to get as many players from that game in your lineups -- more on that later. For Winston, he has previously taken advantage of good matchups versus the Falcons and 49ers, throwing for seven TDs in those two games. The Raiders come to Tampa Bay carrying the league's last-ranked pass defense and allowing the sixth-most fantasy points to QBs. The Machine thinks the Winston-to-Mike Evans connection will be working so well that it has slotted Jameis as the Week's No. 3 quarterback in standard leagues. Only Aaron Rodgers and Matt Ryan, facing each other in the Georgia Dome, have higher projections.

Of course, you are already starting Forte. There aren't many surprising projections from The Machine in the RB ranks. This one, however, should be noted for its aggressiveness. While most of the fantasy brain trust has Forte listed as a low-end RB1 against the Browns, The Machine has him at No. 5 overall, trailing only David Johnson, DeMarco Murray, Spencer Ware and Ezekiel Elliott, in that order. So whatever your expectations are for Forte this week, raise then. Cleveland has given up eight touchdowns to running backs over their past five games and has permitted the fifth-most fantasy points to the position. Just hope Forte approaches the 34 touches he got in Week 7 instead of the 14.25 touches he averaged from Weeks 3-6. Forte's outlook will improve if backup RB Bilal Powell has to miss another game due to turf toe.

Fuller, like the rest of the Texans' receiving corps, has been dragged into the depths lately as Brock Osweiler has looked like someone who isn't an NFL-caliber quarterback. If Osweiler's play doesn't improve in Week 8, Fuller's numbers will obviously feel the effects, but The Machine sees reasons for optimism as it has projected the rookie to be the week's No. 17 WR. That makes him a rock-solid WR2, which is something Fuller has been in each of his first three home games this season. At home, he is averaging 5.3 catches, 97.3 yards and has scored both of his touchdowns. Compare that to his three-game road splits: 2.7 catches and 19 scoreless yards per contest. Expect Fuller to chalk up a few more big gains and revisit the end zone versus a Lions defense which has allowed the 10th-most fantasy points to wide receivers.

I told you that you will want a lot of exposure to this Raiders-Buccaneers game. Brate, like Fuller, has done his best work at home, racking up 10 catches and two TDs through two games. He has just a total of 10 receptions and no scores in four road games. Plus, the Silver and Black have given up the sixth-most fantasy points to tight ends. That includes a trio of TE touchdowns over the past three weeks. Brate checks in at No. 7 in The Machine's tight end projections for Week 8.