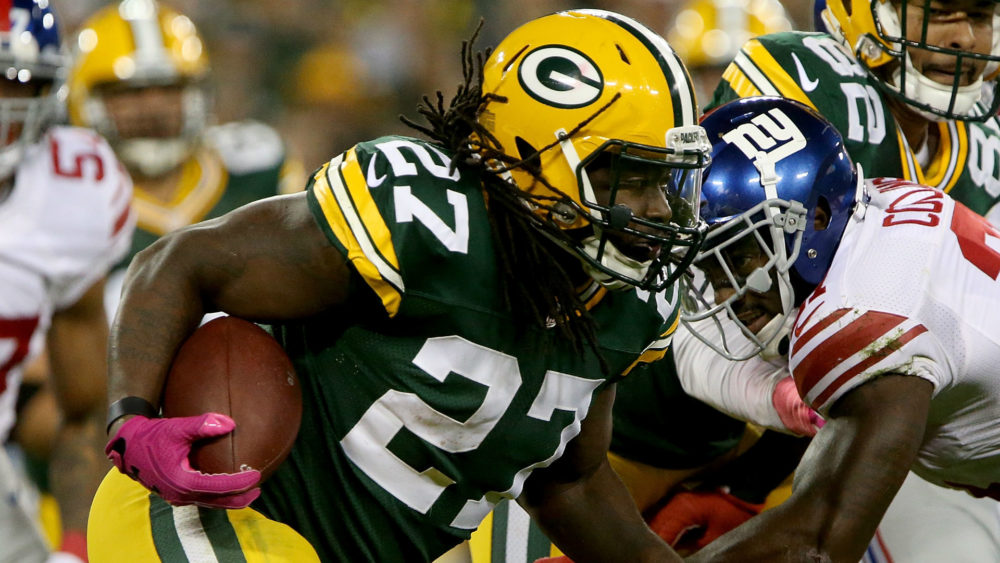 I'm changing up the format just a bit this week, organizing the notable injuries by position in order to make this article easier to peruse.

While nothing is certain with concussions, Newton is expected to be available for the Panthers' and fantasy lineups for Sunday's game versus the Saints. He went through limited practice Wednesday.'

Palmer has been officially cleared to play after passing all of his concussion tests. The brain injury cost him one game. He is a worthwhile QB1 versus the Jets' vulnerable pass defense on Monday night.

I'm sure this news is valuable to those who will be streaming the Titans' defense this weekend. Kessler is the favorite to start Sunday for Cleveland even though he is dealing with pain from the rib injury he sustained in Week 5. Josh McCown also practiced Wednesday and may be active for the first time since breaking his left collarbone on Sept. 18.

We actually have some positive info on Bryant, who has missed the past two weeks due to a bone bruise in his right knee. He went through Wednesday's practice without a brace and said that he felt good. There's no consensus among the local media as to whether he will actually play this week versus the Packers, so this is probably going to be a full-blown game-time decision (The Cowboys and Packers kick off at 4:25 p.m. Eastern). But at least it sounds like Bryant has a real shot at playing in Week 6.

I would have avoided putting Green here if he had put in at least a limited practice Wednesday. However, he was officially listed as a DNP due to a calf injury. And it's always significant when a top-five wide receiver unexpectedly doesn't practice.

Same goes for Jones, who was expected to be on the practice field Wednesday but was actually held back. He is said to have a knee injury. As with Green, this may be nothing. Watch closely just to be safe.

You can forget about Decker for the rest of the season; he needs surgery to fix the torn rotator cuff in his shoulder and will need eight months to recover. Quincy Enunwa will likely be the Jets' No. 2 WR for the remainder and should be owned in all formats.

The rookie was limited during Wednesday's practice with a hamstring injury. This bears watching because hamstring pains are the bane of all speed-reliant wideouts.

It would be a shame if Coates is unable to play this weekend, mere days after his 139-yard, two-touchdown breakout performance. But the left finger injury that bothered him during that game -- and probably played a role in his two TD drops -- kept him sidelined during Wednesday's practice. Worse yet, ESPN's Jeremy Fowler reported that Coates was seen wearing a "sizable" cast over his left hand. One of the most popular waiver wire adds this week may not be able to help his new fantasy teams right away.

Indy's top receiver was held out of the week's first practice due to a hip injury. Fantasy owners have to hope that Hilton is just getting some extra rest. He has scored in three consecutive games and exceeded 170 yards in two of them.

The ankle injury that forced Smith to leave last Sunday's game early is expected to keep him inactive versus the Giants, according to ESPN's Jamison Hensley. Smith did not practice Wednesday.

Smith could be joined on the sidelines by Wallace, who went through some practice Wednesday, albeit while wearing a non-contact jersey. Wallace has better odds of playing than Smith, but there's a realistic possibility that tight end Dennis Pitta and wide receivers Kamar Aiken and Breshad Perriman will be Joe Flacco's leading targets against New York.

Cobb took a big hit that bent his body in half during the late stages of Sunday night's win over the Giants. The good news is he doesn't have a concussion, but Cobb still didn't practice on Wednesday because of a neck injury. Davante Adams, who posted a 5-85-1 line in Week 5, would see his fantasy value increase a little more if Cobb can't suit up against the Cowboys.

A calf injury made Royal a no-show during all practices last week, but he still played and caught seven passes for 43 yards versus the Colts. Guess what? He didn't practice Wednesday because of a calf injury. So, there's not much concern here yet.

The left ankle injury that Lacy sustained in Week 5 was enough to put Starks on my pickups list. But two days after I wrote that article, it looks like Lacy has the best chance among the two of playing Sunday versus the Cowboys. That's what ESPN's Rob Demovsky opined Wednesday. Starks missed the session because of a knee injury while Lacy was at least able to do some work on the side. Lacy would be an RB2 with some risk if he is able to give it a go.

Hill came into last Sunday's game in Dallas with a chest injury and then added a shoulder injury during the second half. However, despite those ailments, he was able to go through a limited practice Wednesday. He would be a low-floor, low-ceiling flex option versus the Patriots if he is given the green light.

Stewart is expected to play for the first time since Week 2. He had been disabled by a hamstring injury. He went through limited practice Wednesday, and head coach Ron Rivera said last weekend he feels "pretty comfortable" that Stewart will play against the Saints. He will be a good RB2 against the defense that has allowed the most fantasy points per game to running backs. Fozzy Whittaker should still have a passing-down role in this offense, but Cameron Artis-Payne will be only a handcuff for fantasy purposes.

The Silver and Black's backfield is about to become a total mess. It's already pretty crowded with DeAndre Washington and Jalen Richard splitting their touches evenly, but it could become a three-headed fantasy headache if Murray is able to return Sunday versus the Chiefs. His coaches are holding out hope, but Murray didn't practice Wednesday because of his toe injury. If he does end up being active, none of the three will be advisable fantasy plays this week.

Speaking of messy backfields, the Dolphins! However, according to the Miami Herald's Armando Salguero, the team expects Foster to play this weekend against the Steelers. He has been out since Week 2 because of a groin injury. But given his fragility, he won't be a workhorse and will probably share some carries with Jay Ajayi and Kenyan Drake. Avoid this situation until further notice.

Coming off a two-score game, Riddick is beginning the week on a down note. He didn't practice Wednesday because of an ankle injury. Teammate Dwayne Washington, who was inactive for Week 5, didn't practice either because of his own ankle injury. This all means the Lions might have to run the ball against the Rams with Justin Forsett and Zach Zenner. Ugh. Hopefully, Riddick will improve as the week ages.

Jennings practiced in limited fashion Wednesday, which is no different than what he did last week, and he was still inactive Sunday night. Jennings' playing status will be determined by his ability to handle the ball with his injured thumb. He may be a game-time decision once again.

The Rams expect Cunningham to return to the lineup in Week 6 after a one-game due to a hamstring injury. He also missed most of Week 4 as well. This is noteworthy because Cunningham is L.A.'s pass-catching back, and eTodd Gurley had caught eight passes in the past two weeks. With Cunningham back in the fold, Gurley might not supplement his value as a receiver nearly as much.

Who will be Le'Veon Bell's backup this Sunday? Fitzgerald Toussaint? Maybe so, because Williams is dealing with a knee injury that kept him from practicing Wednesday.

Uh-oh. Reed didn't practice Wednesday because he was being tested for a concussion. This is very worrisome as Reed has suffered at least five concussions since 2011. If he does have a brain injury, expect Washington to treat him with kid gloves, wisely. Vernon Davis is his backup.

Eifert may never play football ever again. OK, that's an outrageous exaggeration, but it's starting to feel that way. Eifert was all set to make his season debut in Week 5 after recovering from ankle surgery, but he injured his back and was inactive versus the Cowboys. Now, he's still not practicing. We'll see what happens Thursday and Friday, but he will probably have to stay on your bench for yet another game.

Barnidge has been rather productive recently, no matter who has been under center for the Browns. He has recorded at least 12 fantasy points in PPR format for three consecutive weeks. He was limited by forearm and hip injuries during Wednesday's practice, yet he should be able to play against the Titans this Sunday.