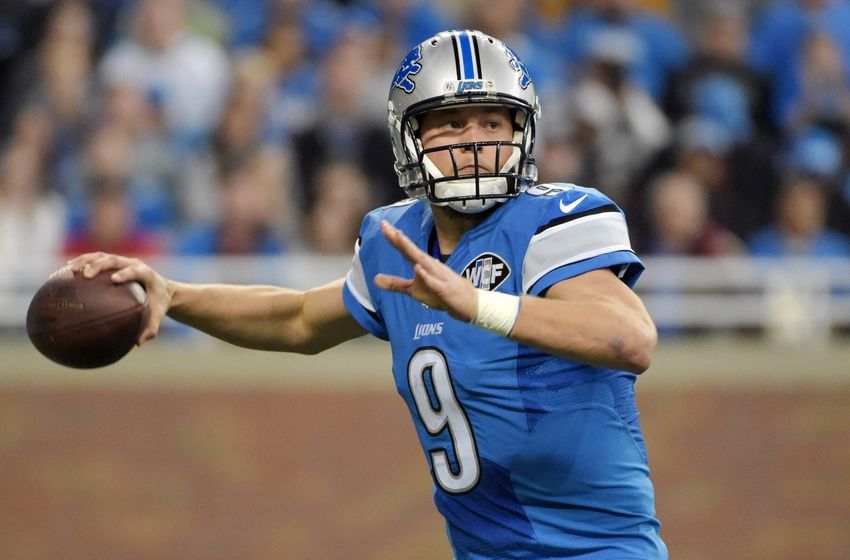 Fantasy Football: Week 4 Preferred Starts According to The Machine

Now it's starting to get serious. We have three weeks of data to comb through. We can make reasonable assumptions about a player's weekly performance with a degree of certainty greater than in Weeks 1-3. And we are certain -- at least The Machine is -- that you should start these players in Week 4.

Calvin Johnson is retired. Ameer Abdullah is on the mend. Golden Tate hasn't done anything of note. And yet, Stafford is the third-highest-scoring quarterback in standard formats thus far. He has thrown three touchdowns in a pair of games and had a couple of scores called back (although they came on the same drive) in the one outlier. He's averaging almost 330 passing yards per game. And looky there, he gets to face the hapless Bears in Week 4. Opponents have thrown only 93 passes versus Chicago -- fourth-fewest in the league -- but Detroit's offensive mindset is all about chucking the rock. Rest assured, Stafford will launch it another 40 times, and The Machine has him projected to be the week's No. 5 QB.

You can find another trustworthy play in that same game, just on the opposite sideline. And yes, feel free to trust this rookie in his first career start. Howard has already shown that he is Chicago's most explosive back; just find video of his 36-yard dash against the Cowboys from Sunday. He might also be the team's most well-rounded runner, too. He caught four passes for 47 yards in Week 3, so he should remain a significant part of the Bears' game plan even if Stafford and Co. establish a big lead. But if Chicago is able to stay within striking distance, Howard will find some room to run on a defense that has allowed a league-high 5.1 yards per carry. The Machine has Howard projected for 12.2 fantasy points, ninth-most among all RBs.

Don't let last week's goose egg scare you away. I know that was tough to understand -- how does a receiver that big and that talented get only one target?? -- but the Panthers are out to fix that. Offensive coordinator Mike Shula has taken the blame for Benjamin's lack of involvement and said he has to find ways to get the ball to his top wideout more often. Do you feel that? It feels like an overcorrection is coming Benjamin's way. Even if he draws coverage from Pro Bowler Desmond Trufant, expect Benjamin's final Week 4 box score to sparkle much like it did in Weeks 1 and 2. He is The Machine's No. 8 wide receiver for the week with a projected point total of 11.4.

People who invested a third- or fourth-round pick in Reed are already grumbling. He hasn't topped 70 yards! He hasn't reached the end zone! Oh, woe!

Please, settle down. Reed has seen 25 targets through three weeks and will keep seeing lots of looks in this offense. He is still very valuable in PPR leagues, and the touchdowns will come. Trust me. They might start coming Sunday versus the Browns. Although they have yet to allow a TE TD, the Browns have allowed 22 receptions to the position through three weeks, tied for second-most in the game. The Machine definitely hasn't lost faith in the 2015 All-Pro; it has Reed ranked No. 1 this week with a projected contribution of 11.0 points in standard leagues.