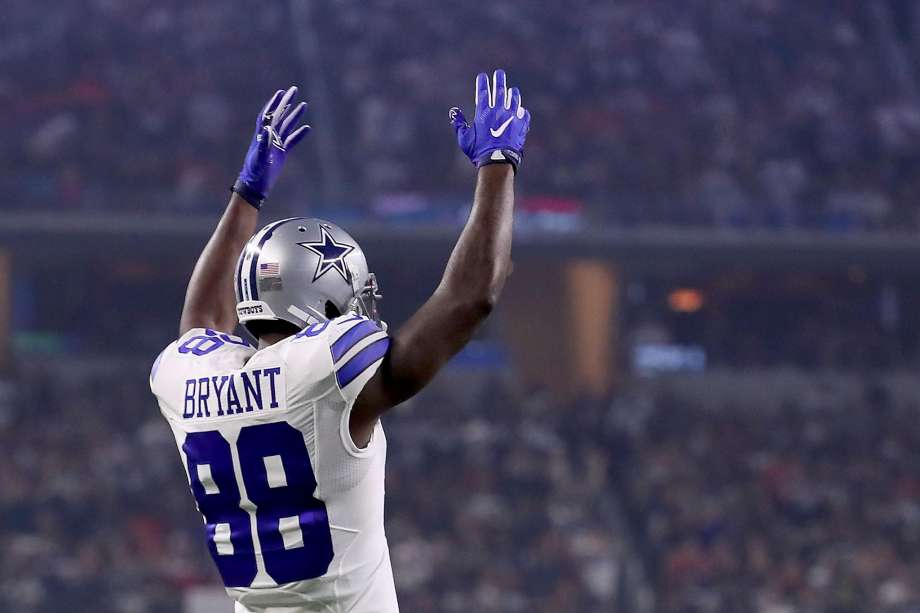 On the bright side, there weren't many notable players who developed new injuries in Week 3. Certainly not as many as in Week 2. However, the list of those who are still fighting through ailments remains plenty long.

Let's begin with Wednesday's biggest injury news from a fantasy perspective: Bryant has a hairline fracture in his right knee. The Cowboys are being very hush-hush about his gameday status, calling him "day to day" or "week to week" for now. Bryant is at least questionable for Sunday's game versus the 49ers, and considering that the Cowboys can beat San Fran without him, I would expect the 'Boys to err on the side of caution. Guessing on Wednesday afternoon, I think he won't suit up. That would mean more work for running back Ezekiel Elliott and slot receiver Cole Beasley, who has seen 25 targets through three weeks.

Here's another player who saw one of his legs bend in a very unnatural way Sunday. Fortunately for Wilson, his owners and the Seahawks, it appears he has come out relatively OK. Although he did sprain the MCL in his left knee, Wilson practiced in full Wednesday. He is a low-end QB1 against the Jets.

Rawls reportedly has a hairline fracture in his fibula, and head coach Pete Carroll has already said he will miss at least a few weeks. Owners should probably assume that they will be without Rawls for at least a month. Not that it matters much if you have Christine Michael, who gained more than 100 yards on 20 carries and scored twice in Week 3. He is a mid-range RB2 versus the Jets' strong defensive line, but upcoming matchups against the Falcons and Saints look lovely.

While Bryant's injury was more noteworthy in fantasy circles, it's Watt's injury that is the top story across the NFL. Arguably the best player in the game today, Watt will miss at least the next eight weeks -- and possibly the rest of the season -- after reinjuring his surgically repaired back during last week's game in New England. Specifics, like what is exactly wrong with Watt's back and whether he needs to go under the knife again, are currently unknown. Regardless, it's a loss to Houston's defense that is difficult to quantify. I'll just say that it is really, really, really big.

Ambiguity reigns around Charles' playing status, although he did go through a limited practice Wednesday. The Chiefs are holding out hope once again that he will be ready to go, but the smart money is on Spencer Ware continuing to lead this backfield. With Charcandrick West also uncertain to play because of an ankle injury, Ware seems destined to get another large workload. He is a high-floor RB2 versus the Steelers' fourth-ranked run defense.

Jordan Howard was a top pickup on the waiver wire for a reason. That reason being that Langford is expected to miss a month or more due to a high ankle sprain. Langford, with his 3.6 yards per carry average, wasn't exactly doing a great job of hanging on to his leading role; Howard was going to see an uptick in touches anyway. But this does open the door wide for the rookie, who is averaging 5.6 yards per tote over his 12 carries. He also caught four passes for 47 yards versus Dallas last week. His upcoming schedule is a mixed bag -- favorable dates versus the Colts and Lions are joined by daunting matchups versus the Packers and Vikings -- but Howard's expanded role makes him an RB2, especially as the bye weeks kick into gear.

Decker made it through the Jets' debacle in Kansas City, but his arrow is pointing in the wrong direction as Week 4 approaches. He didn't practice Wednesday, and while that alone is not enough to signal the alarm, New York head coach Todd Bowles admitted that Decker's shoulder is now worse than it was before the most recent game, and ESPN's Rich Cimini reports that the Jets are "concerned" about Decker. He will undergo an MRI soon, so we'll know more then. Quincy Enunwa, who saw 11 targets versus the Chiefs, would probably see another large batch of targets if Decker sits out versus Seattle.

In what appears bound to be a weekly saga for the rest of the season, Watkins is questionable to play because of his ailing foot. It has been limiting him for weeks and kept him off the field in Week 3. Watkins will reportedly test the foot later in the week, at which time a decision on his playing status will be made. For what it's worth, he didn't practice Wednesday, and there doesn't seem to be much optimism about him lining up against the Patriots. This looks like another good week to avoid Buffalo's entire passing game.

Both wideouts are listed as questionable and were limited in practice ahead of Thursday's battle in Cincinnati. However, neither Landry (shoulder) or Parker (hamstring) is expected to be held back during the game. Deploy them as you normally would.

Vereen's season may be over thanks to a torn triceps he sustained in Week 3. And yet, his exclusion just makes the Giants' backfield even more nebulous. Rashad Jennings, who missed the Washington game due to a bad thumb, is on track to return Monday night. Orleans Darkwa, who took 10 carries for 53 yards last week, will keep on seeing some work, as will passing-down specialist Bobby Rainey and rookie Paul Perkins. A four-headed backfield going up against a Vikings run defense that has permitted no rushing touchdowns to RBs and the seventh-fewest fantasy points to the position? Nah, I'll pass.

Gronk burned fantasy owners with his 14-snap, one-target "performance" versus the Texans last Thursday. But with 10 more days to get his hamstrings right, Gronk is set to have a closer-to-normal role against Buffalo. Even with the sour taste of last week lingering, Gronkowski will be active, and you've got to start him.

Walker is expected to return to practice Thursday and return to the playing field Sunday after missing Week 3 because of a hamstring injury. Assuming all goes according to plan and he doesn't suffer any setbacks, fire up Walker as a low-end TE1 versus the Texans, who have been tough on tight ends. Of course, that was prior to the Watt news.

Tight ends facing the Colts have caught every one of their 15 targets this season. Thomas may be able to take advantage as well this weekend, but he was sidelined for Wednesday's practice due to an elbow injury. Perhaps his absence was solely for rest. Or perhaps this new injury is something significant. Keep an eye on those injury reports.

A few days ago, it looked like neither of these quarterbacks would play in Week 4, allowing us the pleasure of seeing if the Patriots can beat another NFL team while being led by quarterback Julian Edelman. Unfortunately (for us), Garoppolo and Brissett are going through limited practice, and one of them will probably be under center Sunday. That's no fun. Avoid these QBs in fantasy.

Cutler's sprained right thumb has already cost him one week but maybe no more than that. He went through limited practice Wednesday and apparently has at least a chance of playing versus the Lions. Otherwise, Brian Hoyer will get another try. This is kind of a lesser of two evils situation for Alshon Jeffery owners. They should be rooting for Cutler's return.