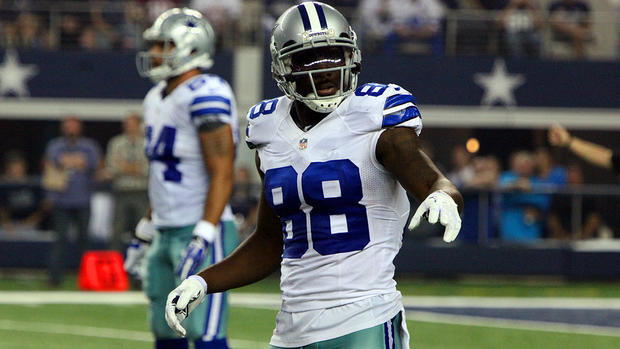 One of the many ways The Machine from ASL can assist you throughout the season is by acting as a start-sit guide. The Machine, using numbers provided by Pro Football Focus, Fantasy Football Metrics and Fantasy Sharks, displays an aggregate point projection customized to your league's settings for each player every week. If you want to know who to start, let The Machine do the work and pick the players with the best totals. And while these projections could change before this weekend's kickoffs, let's discuss some of them right now.

Big Ben has received the fourth-largest projection among quarterbacks in standard leagues for Week 1, at 21.1. That seems rather aggressive considering the Steelers are opening up on the road versus a Josh Norman-led defense and without running back Le'Veon Bell and wide receiver Martavis Bryant for support. Perhaps Roethlisberger will come through, but in the long term, I still believe he will fall short of expectations.

This fourth-round newbie is looking to carry over his impressive preseason performance into the regular season. The Machine has Prescott ranked 19th for Week 1, ahead of Philip Rivers and Andy Dalton. I don't disagree with this. The New York Giants' defense made a slew of headline-grabbing changes during the offseason; that doesn't mean they will make this unit significantly better. Questions remain in the middle of the defense, where tight end Jason Witten could take advantage. And when there's no one open, Prescott can tuck it and run for touchdowns as he did twice in August and 37 times in his final three collegiate campaigns. I would have no problem rolling with him in a two-quarterback league.

Just because I like Prescott this week doesn't mean I feel confident with Bryant as a no-brainer WR1. The Machine has given him the fourth-best projection among all wideouts and while he has gotten the better of cornerback Dominique Rodgers-Cromartie often over the past couple years, there's still so much we don't know about how he and Dak will connect when the lights are bright. You are starting him, yes, but don't expect a top-end scoring day from Dez.

Lockett is a fringe WR2 this week, according to The Machine. He is slotted 22nd at his position. That may appear too lofty for a boom-or-bust receiver in a run-first offense, but don't overlook the fact that Lockett tallied 90 yards or a touchdown in four of the final seven games of his rookie season. His role should expand in 2016, and the Miami Dolphins don't really have anyone who can keep up with him in coverage down the field.

Ware's time as a starter will last as long as Jamaal Charles needs to reach full strength. That may happen soon, but it won't happen in Week 1 as Ware is likely to lead the Chiefs' backfield in a juicy matchup versus the San Diego Chargers. He is slotted 18th by The Machine, which may actually be too low. Ware was beyond starter-worthy while filling in for Charles late last season, and he recorded more than 100 total yards and a score on just 12 touches against the Chargers in Week 14. Get him on your team and into your lineup.

For the season, Hill is ranked a respectable 20th among running backs by The Machine. For this week, however, you need to look elsewhere for your RB2. The Jets boast a strong defense, one that allowed the fewest rushing scores and the second-fewest fantasy points per game to RBs last season. Just how much is The Machine down on Hill for Week 1? He is ranked No. 42 at his position with a forecast of 6.37 points. More advantageous weeks lie ahead for the LSU product. Have him sit this one out.