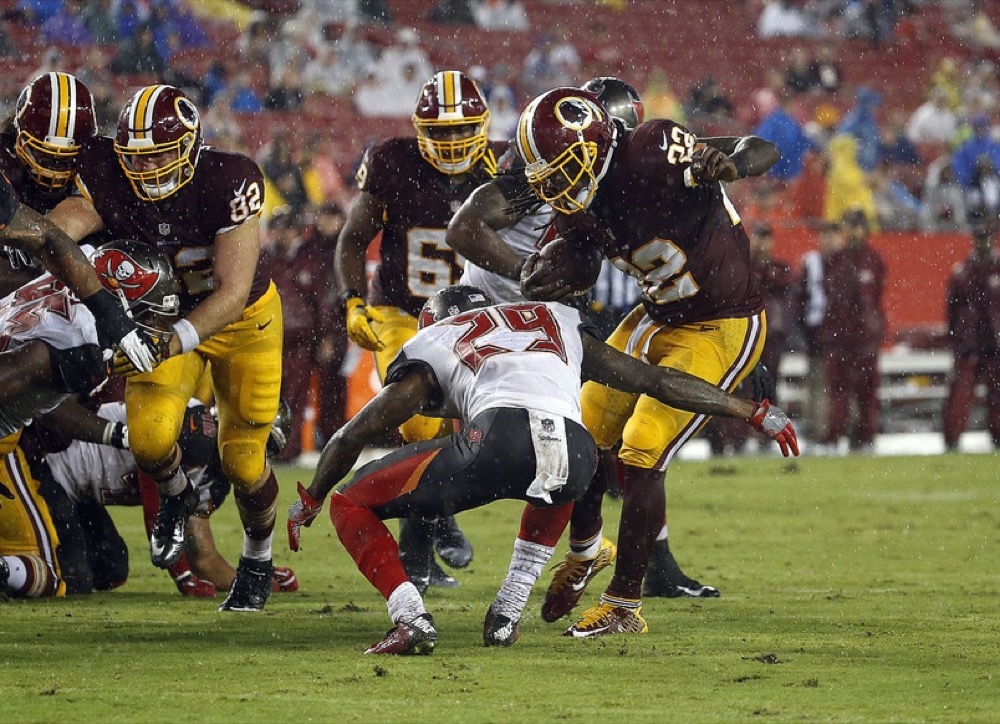 Fantasy Football – Three super sleepers who could pay off big

During the course of a fantasy football season, the difference between a losing record or a championship is usually your ability to evaluate which waiver wire pickups are going to pay out big dividends. As a result, we let you in on three super sleepers less than two weeks away from the regular season.

Presumptive Redskins RB starter Matt Jones (AC joint sprain) and change of pace back Chris Thompson (sore) missed the Redskins final two preseason games. Both are expected to be good for the Week 1 opener against Pittsburgh. However, while they were out, an undrafted rookie stated his claim as a viable threat. Kelley averaged 5.2 yards per carry on 38 attempts in the preseason. Add in solid work in pass protection and there's a real chance he could took work away from Jones. At the very least, he's someone Jones owners should target for handcu purposes.

The notable running back in Oakland is 2015 starter Latavius Murray, but he was an inefficient runner after initially bursting onto the scene. That leaves an opening for the dynamic Washington to steal away touches. Coming out of Texas Tech's high octane offense, Washington fits the mold of a big play talent by gaining chunks of yardsgr on just a handful of opportunities. In point-per-reception (PPR) leagues, Washington is extremely valuable as the third-down back but can develop into a flex option in standard leagues by the end of the year if he continues to impress the Raiders coaching staff.

Between Montee Ball, Ronnie Hillman, and C.J. Anderson, the Denver Broncos have had a turnstile of running backs over the past few years. You can now add Booker to the list as he has likely surpassed Hillman as the No. 2 running back in the Mile-High city. Anderson suffered from foot issues last season so if injury history repeats itself in 2016, Booker could have an excellent opportunity to put up 800 scrimmage yards easily. If you like Anderson's game, Booker is also a late-round handcuff that will well be worth the pick. Moreover, Booker could get more opportunities to display his talents if Denver decides to run the ball more in their post-Peyton Manning era of play.