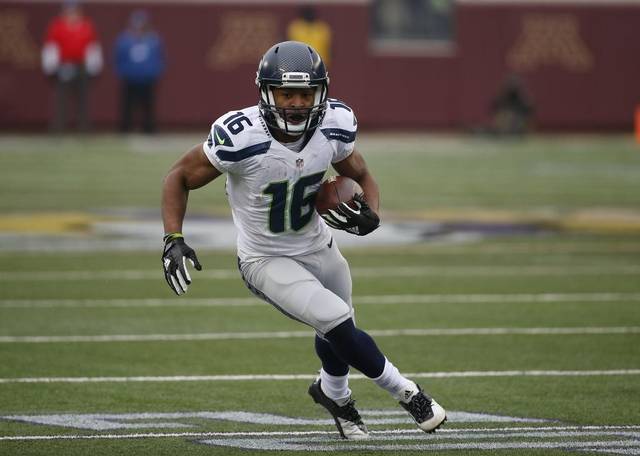 Today’s NFL is a passing league now more than ever, and your fantasy football team must reflect that to be successful. Sure, your Dez Bryant’s and A.J. Green’s of the world will often carry the week. But what happens when they don’t. The smart fantasy player adjusts, rearranges, and optimizes his bench for maximum potential, and therefore maximum wins. Which pass catchers are undervalued on your draft board?

Since breaking a thousand yards in 2013, Smith’s numbers have been steadily declining, with last year, his first with the 49ers, a career-low. Here's why there's hope for a comeback. Given the football news that Anquan Boldin has moved on, this leaves Smith as San Francisco's top receiver by default. New head coach Chip Kelly's system is run-heavy, but passes will be thrown and potentially lots late in games as San Francisco likely struggles. The quarterback scenario, whether Blaine Gabbert or Colin Kaepernick, isn't ideal, but again, passes will be thrown. Don't rush to draft the speedy Smith, but better landing a No. 1 receiver on a bad team than a third or fourth option on most others.

Lockett enters his sophomore season with a lot of potential. The quickster finished 2015 with 664 yards and six touchdowns, but he saw increasing numbers in his targets as the season progressed. he finished with at least seven targets in four of the last five weeks of the season. While he will have to compete with Doug Baldwin for ball distribution, Lockett can definitely become a lethal fantasy weapon as long as he continues to see the targets that he saw at the end of 2015. Pick Lockett and his WR2 potential in the middle rounds.

Not any fantasy radar pre-draft last year, Snead zoomed into relevancy with 984 yards on 69 receptions. There's always the one-hit wonder fear, but opportunity exists seeing as the Saints don't exactly have much happening at wide receiver beyond Brandin Cooks. Given the starting job from the start means his first 1,000 yard season is easily in reach as long as Drew Brees is under center. Yet Snead's Average Draft Position (ADP) is for a mere WR4. That's probably fair for now, but we're talking potential and Sneed has that for sure.

The Steelers won't have Martavis Bryant following a season-long suspension, leaving a gap in the WR2 slot. Many will peg Markus Wheaton for this spot, but Coates is a player to track as the preseason goes on. The former SEC standout has impressive size and speed. Now it's about opportunity and Bryant's suspension provides one after a quiet rookie season. Consider Coates as a late round flyer or at least keep him in mind when the waiver wire period begins.