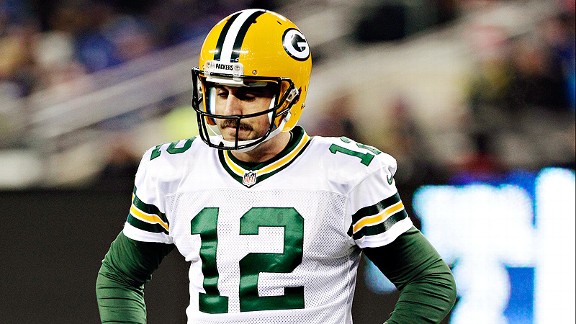 Cam Newton- QB- Carolina- “Supercam” has become a fixture in fantasy news as of late and he put in his best performance yet Sunday vs. the Giants. He reached the five passing TD mark for the third time in his last five games, throwing for 340 yards and rushing for exactly 100 more. Newton became the first NFL player ever with five touchdowns and 100 rushing yards in a game. This was just the most recent unbelievable performance in what has been an unbelievable season for Newton and the undefeated Panthers. If you happen to own him in your league, just take it in and enjoy it.

Antonio Brown- WR- Pittsburgh- Brown has been a fantasy savior for his owners most weeks, especially in PPR leagues, and proved it again Sunday with a 16-catch, 189-yard game. Brown hauled in two touchdown catches from QB Ben Roethlisberger in Pittsburgh’s comeback win vs. the Broncos. Brown received 18 targets Sunday and continues to rack up catches and yards thanks to an incredibly high volume, as he topped the 100-catch mark Sunday. Brown is an easy must-start the rest of the way.

Kirk Cousins- QB- Washington- You like that? You’ll certainly like that if you started him Sunday. Cousins completed 22 of 28 passes for 319 yards and four passing touchdowns. Cousins also added 11 more yards and a rushing touchdown in an important win for Washington. Cousins may have a bigger challenge in next week’s divisional matchup vs. the Eagles, but expect Washington to continue riding Cousins, who has made sporting news by throwing for 300 or more passing yards in three of his last four games.

Danny Woodhead- RB- San Diego- Who needs yards when you can score touchdowns? Woodhead racked up just 60 total yards Sunday, but ran for one touchdown and caught three more. For those PPR owners who started him, he tacked on six catches. The spritely Chargers back occasionally puts in big games like this, and it could not have been timelier for his owners. As always, Woodhead is a huge risk next week, but typifies the “high-risk, high-reward” running back play.  Woodhead could definitely be in back-to-back Hot & Not fantasy updates.

Aaron Rodgers- QB- Green Bay- Rodgers’ performance certainly was not abysmal, but it left a lot to be desired for owners who needed a massive haul from the Packers QB. Rodgers threw for just 204 yards and one touchdown while also throwing an interception in Sunday’s loss to the Raiders. Rodgers has now failed to top 275 yards in his past five games, and while touchdowns have saved him in most of those previous weeks, he failed to pad his stats this week despite a favorable matchup against the Raiders secondary. Nothing’s impossible with Rodgers, but start him at your own risk next week vs. the Cardinals.

LeSean McCoy- RB- Buffalo- “Shady” left in the third quarter but failed to make much of an impact during the game. McCoy rushed the ball 10 times for 29 yards, also hauling in an eight-yard reception on his only target. McCoy left with what a knee injury, and while early reports indicate it is a minor MCL sprain, his status is still up in the air for next week. If he is unowned, Karlos Williams would make for a good handcuff, as may Mike Gillislee.

Fozzy Whittaker- RB- Carolina- Owners desperate for a running back may have dipped into the waiver wire and claimed the University of Texas product after hearing about starting back Jonathan Stewart’s injury. But Whittaker, despite being the announced starter, only carried the ball twice as Cameron Artis-Payne handled most of the carries. Whittaker totaled 16 total yards and hauled in two of three targets in the passing game. Regardless of Stewart’s health, Whittaker can be dumped in pretty much all formats.

Alshon Jeffery- WR- Chicago- The Bears’ top wideout failed to make much of an impact Sunday, as despite finding paydirt with a receiving touchdown, Jeffery’s 10-yard score was his only catch of the game. He received four other targets, but could not snag any others. In leagues with huge touchdown bonuses, he may have actually helped, but in PPR or yard-based leagues, Jeffery came up short. He reportedly was nursing a hamstring injury by the end of the game, so his status may be worth monitoring in advance of next week’s matchup with the Bucs.