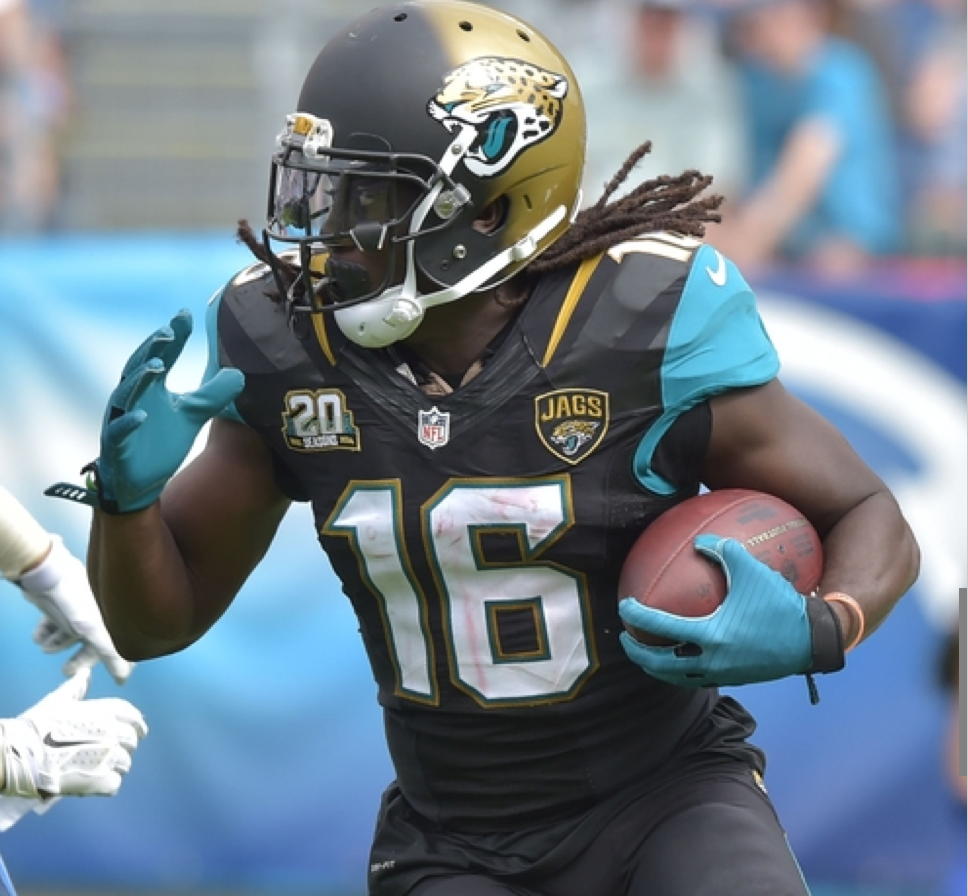 Does anyone realize that Fitzpatrick is fantasy’s No. 9 quarterback for the year? If he had played a full 13 games – he missed most of the Week 8 visit to Oakland with a left thumb injury – he’d probably be sitting seventh. Fitzy hasn’t tallied fewer than 16 fantasy points since the Jets’ bye in mid-October, he has surpassed 23 fantasy points in each of his last three games and he has two big, talented, stalwart wide receivers in Brandon Marshall and Eric Decker. Yet, Fitzpatrick is still available in a bunch of fantasy leagues. Not only should you shift your fantasy focus on him if you’re in a bind at QB – I’m looking at you, Andy Dalton owners – Fitzpatrick is worth using during your league’s semifinals. His matchup versus the Cowboys this Saturday doesn’t look that tasty on paper; Dallas has allowed the ninth-fewest fantasy points to quarterbacks this season. But Ryan’s receiving options have kept his floor very high, and he’s been too consistent for fantasy enthusiasts to keep ignoring him. Another 20-point day should be coming from Fitzpatrick. I would probably play him over Ben Roethlisberger, who has to face off against Denver’s elite pass defense.

Welcome back, Shoelace! We all wanted you to disappear when you were stealing red-zone carries from T.J. Yeldon about a month ago, but now with Yeldon nursing a sprained knee ligament and with so many other formerly dependable backs looking ready to join him on inactive lists, we need you. We really, really need you. Once Yeldon left Sunday’s game in the third quarter, Robinson handled all 13 carries for the Jags’ ground game. He gained 72 yards with those chances and tacked on a one-yard score in junk time. We’ve seen the Jaguars trust Robinson before; there were five consecutive games last season in which Denard was given at least 17 touches. He scored four times and averaged 98.2 yards per game during that stretch. For Week 15, Robinson gets the Falcons’ pathetic run defense, which has permitted at least 20 fantasy points to RBs in each of the past four weeks. With only Joe Banyard and the newly signed Jonas Gray offering any competition, Shoelace has the look of the ultimate plug-and-play guy this Sunday. If I did any official weekly rankings, I don’t know if I would have the guts to place him inside the top 10 at the position, but it would not be surprising at all if Robinson gave you an immediate RB1 return.

Last week, I mentioned Lockett in an article as someone you should grab for the final two weeks of the fantasy season. And here we are. But really, it appears I was a week late. Lockett made fantasy news by turning in the best fantasy performance of his rookie season Sunday versus the Ravens, catching six passes for 104 yards and two touchdowns. Because Lockett wasn’t used very often on offense early in the year, you may see him as a high-risk start, but notice that he has received 14 targets in the past two weeks (second-most on the Seahawks behind the suddenly indomitable Doug Baldwin). He showcased his game-breaking ability in those games, and we know Lockett needs only one play to give you a good fantasy output. Case in point, Lockett recorded a 49-yard TD reception in Baltimore. His opponent this week, the Browns, have allowed a league-high 14 pass plays of 40 yards or longer thus far, so a similar performance from the speedster is certainly possible. Cleveland wreaked havoc on Blaine Gabbert in their most recent game, but taking down Gabbert at home and trying to subdue the white-hot Russell Wilson in Seattle are completely different animals. Lockett’s matchup, increased usage and high ceiling make him a solid WR3 who can carry you to the doorstep of a league title.

If you are stuck with streaming tight ends during the fantasy playoffs, there are two defenses you always want to target: the Raiders and the Saints. I took a swing with this approach last week by promoting Austin Seferian-Jenkins in this “start ‘em” space. He responded with a disappointing 3-for-31 line. This week, the two lucky recipients are Eric Ebron (Lions at New Orleans) and Richard Rodgers (Packers at Oakland). Ebron is due to see more snaps with Brandon Pettigrew out for the season, but for the past month, it has appeared that the Lions just don’t want him to be a part of their offense right now. Over the last four weeks, Rodgers has out-targeted Ebron, 22-10. So you should feel a little safer gambling on Green Bay’s big man. Rodgers, like Ebron, is a touchdown-or-bust player. This was never truer than last week versus the Cowboys when Richard was targeted just twice and his only catch was a three-yard TD. Going up against the team that has conceded an NFL-high 11 scores to tight ends, Rodgers is worth strong consideration. If you’re looking for a narrative to strengthen this argument, Richard Rodgers went to school at the University of California, 25 minutes up the road from where the Raiders call home. I’m sure the location of this weekend’s game and any significance therein hasn’t been lost on Richard Rodgers or his teammate and fellow Cal alum, Aaron Rodgers.

Keep reading ASL for the most comprehensive sporting news and fantasy updates!