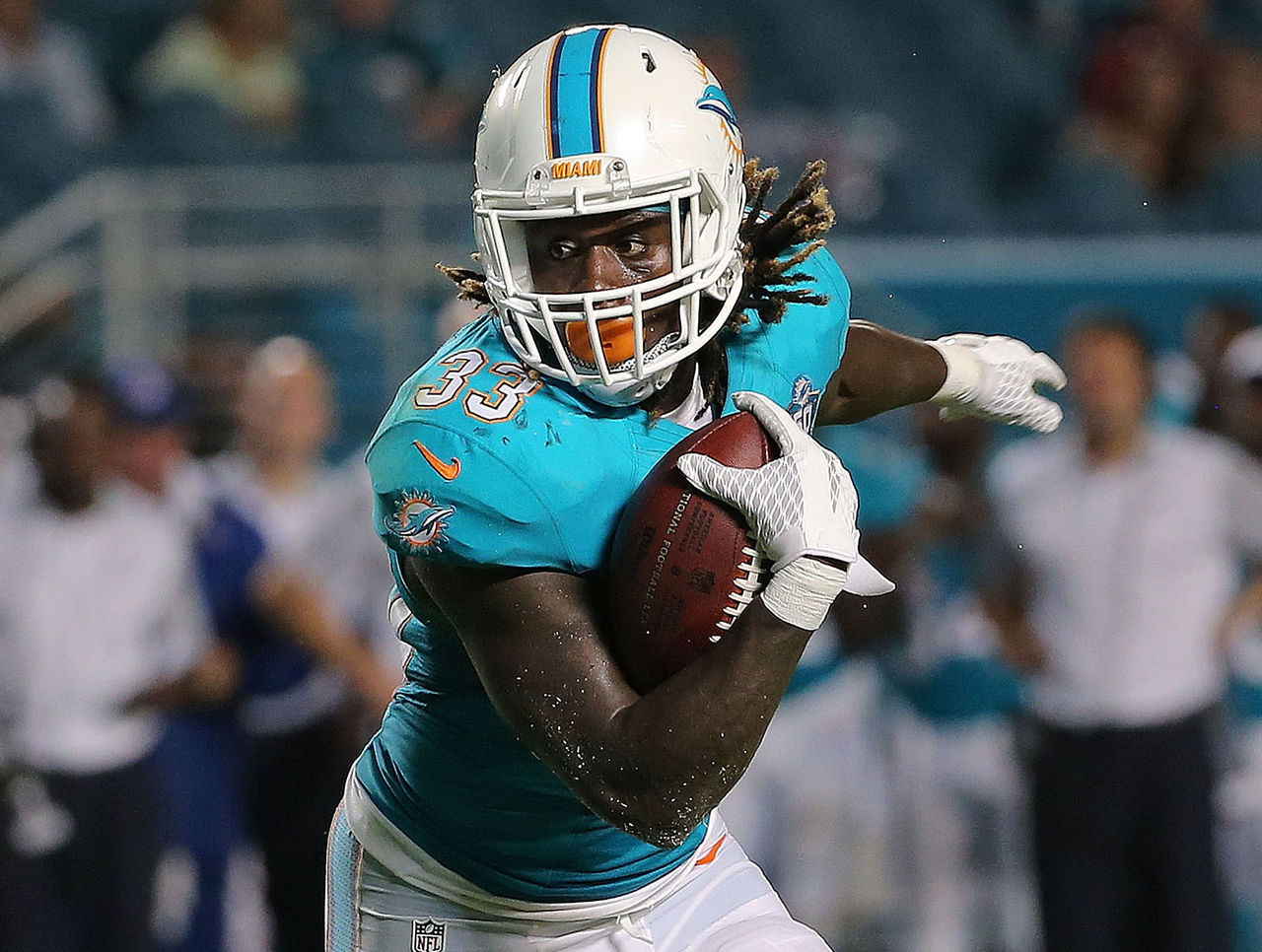 Fantasy Football - Planning for Weeks 15 and 16

Trusting a waiver-wire quarterback to carry you to a fantasy title takes quite a lot of guts. Odds are you’re going to dance with who brought you. But let’s say you’ve been riding with Eli Manning all year (versus Carolina in Week 15) or are faced with starting Andy Dalton at Denver in Week 16, fantasy championship week. Then you might need another option. How about Alex Smith? Yes, his ceiling is always low because of his hesitancy to throw deep and the Chiefs’ run-heavy attack. But let’s accentuate the positives here. Smith is no stranger to fantasy news and his risk-averse nature as a passer has resulted in nine consecutive games without a turnover from him. Couple that with Smith’s recent five-game average of about 40 rushing yards per, and you can be sure that while Smith won’t turn in a 30-point day, he’s not going to crush your chances of winning either. In Weeks 15-16, Smith faces a couple of defenses, Baltimore and Cleveland, that rank among the top 10 in most fantasy points allowed to opposing QBs. If you just want a signal-caller you can trust to provide 15 fantasy points per week during the playoffs, call up Mr. Smith.

True to their word, the Miami Dolphins certainly recommitted to the running game last week versus the Ravens, giving Lamar Miller eight more carries than he had received in the previous two weeks combined. Unfortunately, Ajayi wasn’t able to join the party as he took a season-low four touches for 12 yards. However, Ajayi still needs to be owned in most leagues, especially if you’re depending on Miller. The 230-pound rookie burst on to the scene by averaging 8 yards per carry with limited chances in his first two career games. He has shown that if anything happens to Miller, he could step right in and handle a fairly big workload. Ajayi is unexpectedly shifty and has good quickness for his size. He’s not afraid to take on contact and displayed his receiving chops with four catches in Week 12. The Dolphins will meet a couple of bottom-10 run defenses in Weeks 15 and 16: the Chargers and the Colts. They’ve been exploited by running backs all year. Ajayi probably isn’t flex-worthy without an injury to Miller. But if that unfortunate event does occur, the Boise State product will be squarely in RB2 range during the fantasy season’s most important weeks.

Lockett is going to be a force in this league within the next few years. Right now, he is a sparsely used big-play threat. However, perhaps the Seahawks are starting to take the wraps off of the rookie playmaker. Lockett saw a career-high seven targets last week versus the Vikings and turned them into 90 yards. A few weeks back, he notched a two-score game against the 49ers. And as we come down the season’s home stretch, Lockett will have a couple of advantages matchups waiting for him. In Week 15, he’ll see the Browns, who are tied with the Saints for the most 40-yard pass played allowed this year (14). In Week 16, the Rams come to Seattle, and St. Louis’ once fearsome defense has been anything but recently thanks in large part to injuries to defensive backs Janoris Jenkins and T.J. McDonald. Through the past three weeks, the Rams have permitted a total of 75 fantasy points to opposing wideouts. As you vie for that brass ring, Lockett may very well be worth a shot as a WR3 in deeper formats. He’s capable of providing a week-winning box score.  Look for him in future fantasy updates.

It’s been another strange and, unless you’re one of the lucky ones, frustrating year for tight ends in fantasy football. A much unexpected development is how a handful of forgotten veterans at the position have played some of the best football of their careers. Gary Barnidge and Ben Watson certainly belong in that crowd and so does Jacob Tamme. After miring in obscurity and posting sub-200-yard seasons for Denver in 2013 and 2014, the 30-year-old Tamme is now on pace to set a career high for receiving yards and has turned into a safety valve for quarterback Matt Ryan. The best stretch of his 2015 season thus far came in Weeks 9 and 10, when he caught a combined 16 passes for 164 yards and a touchdown. Both of those games took place with the Falcons missing the services of wide receiver Leonard Hankerson. Hankerson also missed Week 12’s tilt against the Vikings, and Tamme picked up the slack with a 5-for-69 line. Less than a week ago, Hankerson was placed on season-ending injured reserve. And you-know-who is ready to take advantage. In Week 15, Tamme will meet the Jacksonville Jaguars, who have allowed the third-most fantasy points to opposing tight ends, including six scores in the past four games. The Panthers come calling in Week 16 and while that may seem to be a matchup to avoid, the middle of Carolina’s defense has been a little soft in coverage of late. Specifically, opposing TEs have reached pay dirt four times in Carolina’s last seven contests. Don’t worry about his age or his statistical history prior to 2015; Tamme is worth strong consideration if you are still looking for help at tight end.