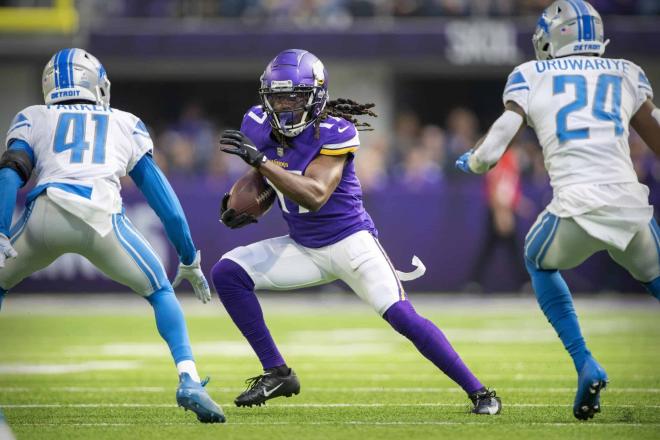 Desmond Ridder might be the best thing that’s happened to Tyler Allgeier this season. In Ridder’s first game under center Allgeier carried the ball 17 times for 139 yards and a score. He has a tough matchup this upcoming weekend against Baltimore, but at this stage of the season any starting RB is a must add.

I wouldn’t get super excited about Mack, however, he had 14 points last week and 13 points this past week. He seems super touchdown dependent because his usage isn’t that high, but perhaps he gets an uptick in touches going forward after two solid outings in a row.

Coming off an incredible 10/157/1TD line, Osborn is a must add this week. He’s scored in consecutive weeks and could be a savior for many in the fantasy playoffs.

Brown was an early year recommendation because of the injuries to the Cowboys receiving core. I certainly did not expect him to be much of the passing game after Michael Gallup returned, and especially not since the arrival of T.Y. Hilton. Brown is a great add this week!

For the maybe third time this year, I am once again asking you to pick up Juwan Johnson. Fresh of a two-touchdown performance against the Falcons he has a plus matchup coming up against the Browns. It might be 7 degrees Saturday in Cleveland, so monitor that weather situation.