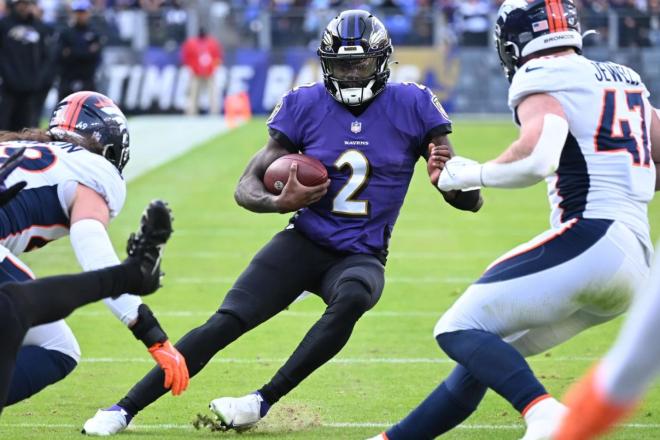 With Lamar Jackson out of action for 1-3 weeks, Huntley is a great option for those seeking Lamar’s replacement. Honestly, the passing numbers should only increase with Huntley under center – just as they did last year. Huntley is a must add in 2QB formats especially!

It is hard to get a read on James Cook and his usage in Buffalo. Is he a matchup-based player? If so, it doesn’t make much sense to give him 14 carries against the Patriots and 2 against the Lions. Regardless, Cook is worth the roster spot as he looks like the best back on the roster.

McKinnon is a must add in every format. He is the clear passing down back in a dynamic offense. Not to mention he has a large part of the snap share… if that wasn’t enough, he still gets 5-10 carries per game. Grab McKinnon.

After a 0 reception 0 target performance against the Steelers, Pierce bounced back against the Cowboys. On 8 targets, Pierce hauled in 4 of them for 86 yards and a touchdown. The Colts are on a bye this week, but Pierce can be a great addition to your roster for the playoffs.

Don’t look now, but Tom Brady might be back. The Bucs are pushing for a playoff spot in the abysmal NFC South and will more than likely be putting it all on the 45-year-old QB to lead them there. Otton was a recommendation earlier this season because of Brady’s ability to get the ball out quickly, which is probably why a tight end he trusts is a must own. Grab Otton in every format.