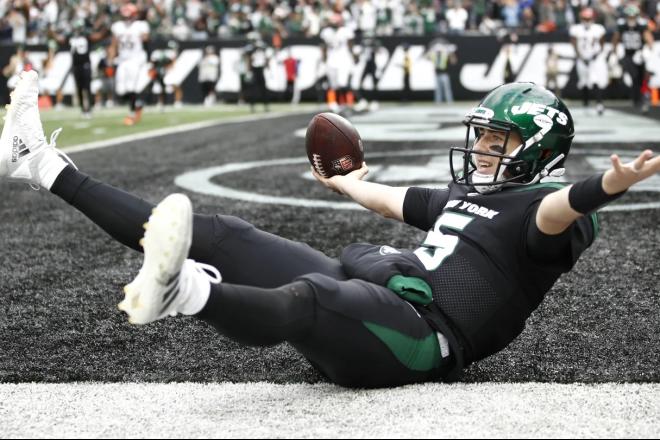 Move over Zach Wilson, Mike White is back to fantasy relevance after the Jets put Wilson on the bench following the loss to the Patriots last week. White threw for over 300 yards and two touchdowns in his debut. If anything, the Jets offense gets a huge boost with White under center… making Elijah Moore a great pick up as well if he’s available (33%) in your league(s).

Hasty stepped in for Travis Etienne this week and scored 16.5 fantasy points. If Etienne is forced to miss more time, Hasty is a must add in all formats.

From practice squad to feature back, Zonovan Knight came out of nowhere this past weekend and earned 14 carries in a win over the Broncos. Head coach Robert Saleh told the press how he loved the way Knight ran the ball hard. Worth noting is that James Robinson was a DNP – coaches’ decision… making Knight an interesting add this week.

EXTRAS: Jaylen Warren and Benny Snell Jr. are must adds if Najee Harris is forced to miss any time.

I had recommended Jones earlier this season and now I am doing it again… why? He’s had TWENTY-FOUR targets over the last two games. This past week Jones exploded for a line of 11 receptions for 145 yards. Jones is a must add this week.

In the two weeks without tight end Dallas Goedert, Watkins has found the endzone in back-to-back weeks. Watkins has seemed to be the main beneficiary of Goedert’s IR trip and in an offense like the Eagles… I’m picking up anything with any chance of production.