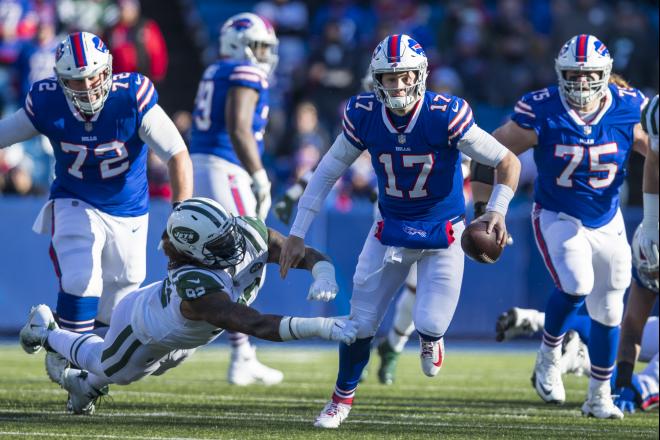 All 32 teams in the NFL were allowed to bolster their rosters in the 2022 NFL draft. This is in pursuit of potentially making a run at the Super Bowl in the upcoming season. However, which teams do you think have put themselves in a position to compete for the championship?

The offseason of the 2022 NFL season will have to go down in history as among the wildest ever. There have been a lot of shifts in the power rankings of the NFL. Now that the NFL Draft is over, this article will examine the league's top ten teams anew for you to have a better idea of which team to place your bets with.

The San Francisco 49ers used two from their first three draft picks to choose a receiver and a running back, which should help quarterback Trey Lance. But, as strange as it sounds, this draft could be equally advantageous for Deebo Samuel. In 2021, Samuel accounted for 28 percent of the Niners' yards from scrimmage, which ranked fourth in the NFL.

The Eagles did not select a quarterback with each of their two first-round picks, but they also dealt away one of those picks to the Titans in exchange for receiver A.J. Brown, one of the Jalen Hurts' closest pals. Additionally, he is regarded as one of the game's best receivers. As he strives to establish himself as the team's long-term solution at quarterback, Hurts is about to embark on a pivotal year in his career.

As injuries increased, a six-game string of losses produced a misleading narrative. However, Baltimore's two first-round selections from this year, center Tyler Linderbaum and safety Kyle Hamilton, are projected to begin on day one and make an immediate impact, while the decision of selecting skilled and experienced outside linebacker David Ojabo, who suffered an Achilles tendon tear in March, may pay off in a big way in 2023..

The Bengals took a chance by skipping offensive line talent at No. 5 overall in place of Ja'Marr Chase, whose rookie season helped Duke Tobin and company appear astute. Instead, the Bengals manage their team using solid and straightforward logic, identifying and effectively addressing weaknesses.

The Buccaneers swapped out of the first round and utilized their first two picks to solve starting lineup deficiencies. Logan Hall, the 33rd top selection, will line up beside Vita Vea as a possible replacement for free agent Ndamukong Suh. In contrast, Luke Goedeke, the 57th overall selection, projects as a replacement for the Pro Bowl guard who retired in February, Ali Marpet.

The Packers are consistent contenders when Aaron Rodgers is at quarterback, but they have struggled against the top teams back to the playoffs, and this was the case even when they had the leading receiver in the game on the roster.

During the offseason, the Packers parted ways with Devante Adams, replacing him with Sammy Watkins as well as a pair of rookie receivers named Romeo Doubs and Christian Watson. Watson and Doubs were taken in the seventh and 19th spots in this year's draft for wide receivers.

There is cause for optimism that the LA Rams can successfully defend their title as Super Bowl champions. Allen Robinson is a significant boost over Robert Woods, while the addition of linebacker Bobby Wagner helps make up for the loss of Von Miller at the position of linebacker.

While the Chiefs cannot replace Tyreek Hill, the combination of Marquez Valdes-Scantling, Skyy Moore, and JuJu Smith-Schuster alongside Travis Kelce should get the job done.

The Chargers utilized free agency to strengthen a defense that prevented them from making the playoffs last season. In the draft, Los Angeles sought to strengthen its explosive attack. Zion Johnson, a guard drafted in the first round, is a plug-and-play player.

After acquiring Baylor safety JT Woods as secondary support during the third round, the LA Chargers spent their fourth-round selection on enticing complement to touchdown monster Austin Ekeler and running back Isaiah Spiller. The AFC West is the most challenging conference in football, but the Chargers will indeed prepare the Bolts for battle.

The Bills utilized the draft to complete a team that is deep and balanced both on offense and defense. The first-round selection of cornerback Kaiir Elam fills the vacancy opposite of star cornerback Tre'Davious White, whereas the second-round selection of running back James Cook provides much-needed energy to the backfield.

Cook's versatility, together with the low-key signing of underrated slot player Jamison Crowder, will make it even more challenging to defend against Buffalo's offense. Josh Allen didn't exactly lack for weapons to start with, but Buffalo's offense will be much more difficult to stop now. Moreover, with Bills taking over the lead for the power ranking, it is not a question that they are considered NFL betting favorites for the future odds.

Using such a single set of power rankings from a reputable source will not necessarily result in betting gains. Nevertheless, you can use this as a reference to assist you in making a decision when you're having trouble picking which team to place your wager.