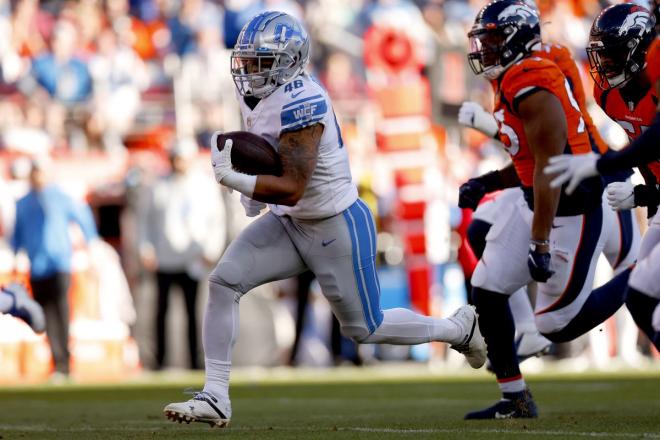 For many of you it is the second round of the playoffs. What a better way to make your run than to grab some quality players on your league's waiver wire heading into Week 16. Usually the waiver wire is dead this time of year, but the following 5 players could really make an impact on your run to glory. Good luck to all!

With Leonard Fournette heading to IR, Ronald Jones will step in and serve as RB1 in Tampa Bay. Jones is two years removed from being a top 10 fantasy back. However, the resurgence of Fournette has relegated Jones into a complimentary role. Look for Jones to provide RB2 numbers going forward in the fantasy playoffs.

I would have figured rookie Jermar Jefferson would’ve been getting the nod with D’Andre Swift and Jamaal Williams out, however, it’s been Craig Reynolds from DII Kutztown University. The NFL is a WILD place. Over his last two, Reynolds has been impressive, putting up 195 yards and averaging 5.3ypc. With a plus matchup against Atlanta on the horizon, grab Reynolds for your playoff run!

There might not be a hotter receiver in fantasy football right now than Amon-Ra St. Brown. With 12-12-11 (35)  targets over his last 3 contests, St. Brown has become a flat out fantasy stud as he’s reeled in 10-8-8 (26) of those targets for 246 yards and 2 scores. The thing I love the most is the consistency, it’s not chunk plays or one boom game and 2 busts. This bodes well for fantasy owners looking for a boost or a replacement!

Speaking of a receiver on a roll, Gabriel Davis has been excelling as he’s been featured more with Emmanuel Sanders out with injuries. Over his last 2 Davis has seen 15 targets, catching 10 of those for 128 yards and 3 scores. Up next is a tough matchup for any offense as Buffalo heads to New England.

Darrren Waller owners could never replace him, but Moreau has been a feasible replacement. He’s seen 15 targets over his last two games, 9 of which came in a win over the Browns this past Monday. Derek Carr seemingly has trust in the big TE and that should continue if Waller is going to miss more games. Broken record: at the thinnest position in football… you know the rest.